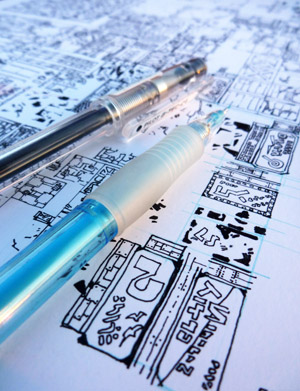 The two pens I use for drawing the textures.

This is a cross-post about the indie-game Caromble! that I’m working on. I think it fits well here to show a bit the analogue art style I’m trying out with that game. Something that is a lot of fun and I hope to expand on future projects.

The process of making the textures is quite different than I learned to make textures for bigger games. Early on I decided to try a more analogue texture look, while not going too experimental.
All textures are done first on paper with a simple ink pen (the Pilot G-Tec-C4 0.4mm). Before that step I put the A4 paper on the monitor and trace the texture layout on with a light blue pen (Pilot Color eno 0.7 “soft blue”). A bit of a low tech approach, but it works quite well. On the side picture you can see the blue traces.

Over the years of working on the game, the style and process changed a bit. Earlier Assets used to be much more detailed. Here are some of the later assets (with the signs you can see in a recent post). There you can see the lineart, that I scan and then color on the computer. Without effects it looks quite bland, so there are always specular maps (that change the shininess of an object) and normal maps (which add surface details). Sometimes some other render effects like illumination maps, that for example make windows and car-lights glow.

The textures of the bus. With the linart first, the colored texture, specular – and then the effect map that shows which parts should glow.

The textures for a commercial sign. With the linart, the final diffuse, specular – and a normal map.

I think going for that low tech pen workflow was a good choice, since it saved time compared to tougher lead-penciling styles – even if that might have been easier to show off with. This way I can gather more experience before trying crazier art styles. For example I learned over time that I can work really small – a 512 texture only taking up 3cm. By now I could nearly fit the whole game on two A4 papers.
On the scan below you can see some earlier textures. While more detail looks nicer on paper, in the game (surrounded by lots of items) these just disappeared. The simpler and much quicker way looks better in the end. Win-Win! 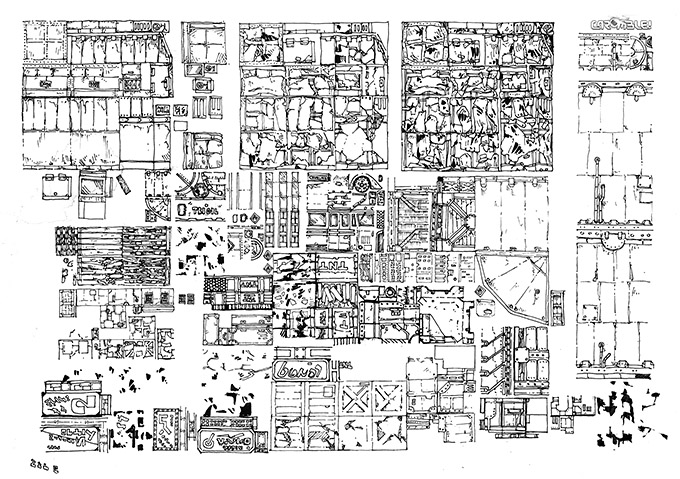 This is the A4 sheet I use for inking – it shows about half the textures of the game.

Here I’ve made a render with just the line-art. It looks also interesting – definitely something I will experiment around with more. The next one shows how it looks with all textures applied – the colors help the gampelay a lot, making it easier to distinguish items and their function. 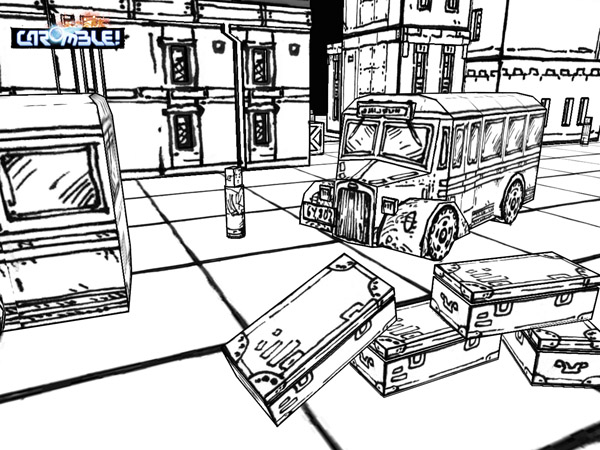 This is how the game looks with just the line-art (and a small black outline around the objects). 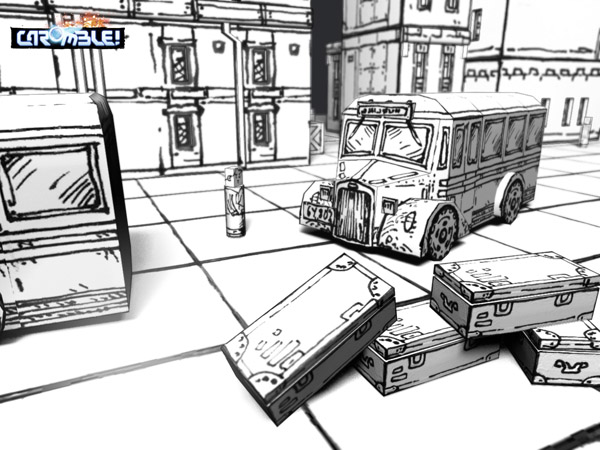 Here it’s the same textures, but with shadows, shading and some effects like blur. 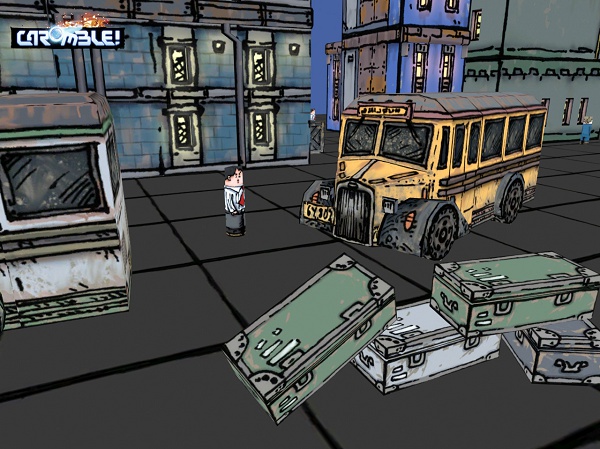 This is a plain render – with no shadows or effects, showing the added color layer. 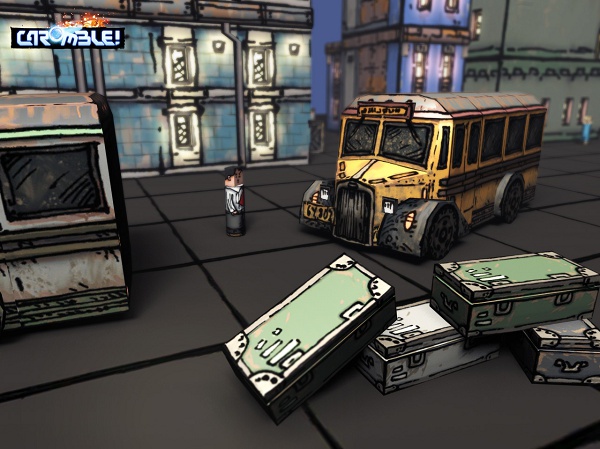 And this is after turning on some of the effects you see in the game, like the normal maps, glowing lights, blur in the depth, and of course shadowing. The game actually has some more.