A simple container-crate was one of the first objects I approached and did tests with to figure out the art style and working approach for Caromble. It has stayed as this, although the game evolved to more of a line-art style over the next years. Time to bring this one up to date.

First, here you can see the original texture I created back then. I tried pencils to draw the details, which gave a nice look in black and white.

The first texture, done with pencil on paper and scanned.

But on the final object, when adding color, it’s actually a bit hard to see. Mostly you would not even get this close. Additionally (and this weighted even more in the decision), it was a lot of work. It’s hard to get the inevitable digital fixes to look exactly like pencil. Imagine cutting and rotating a piece – the parts would not have the same direction of the hatching anymore. 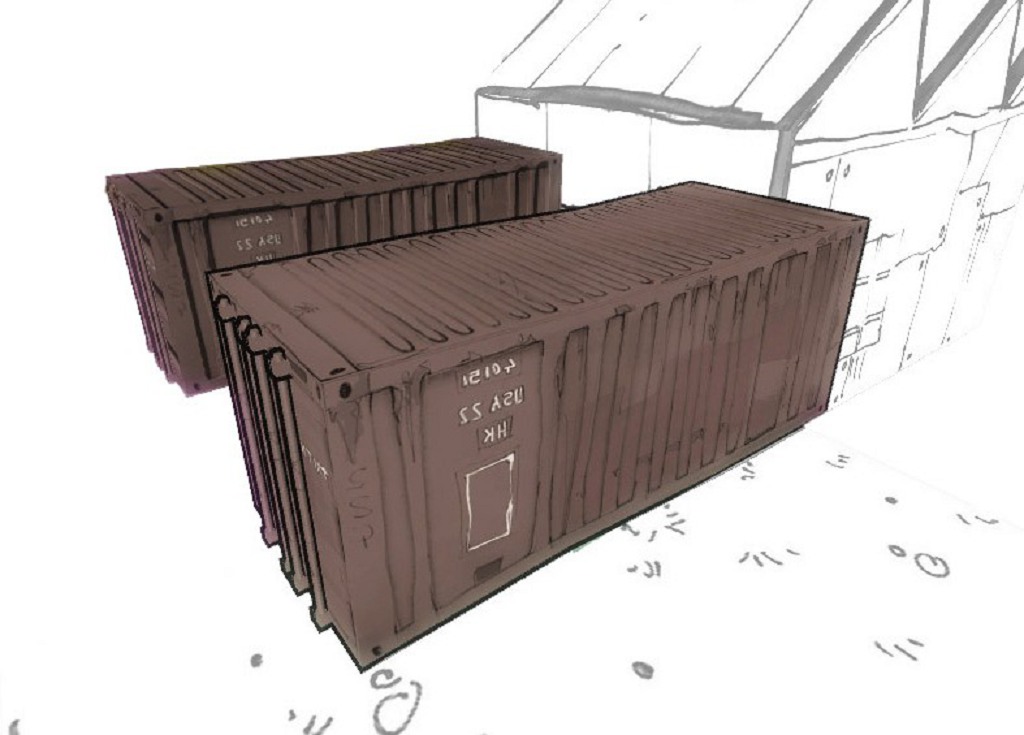 Screenshot from the game, with a color overlay on the texture. 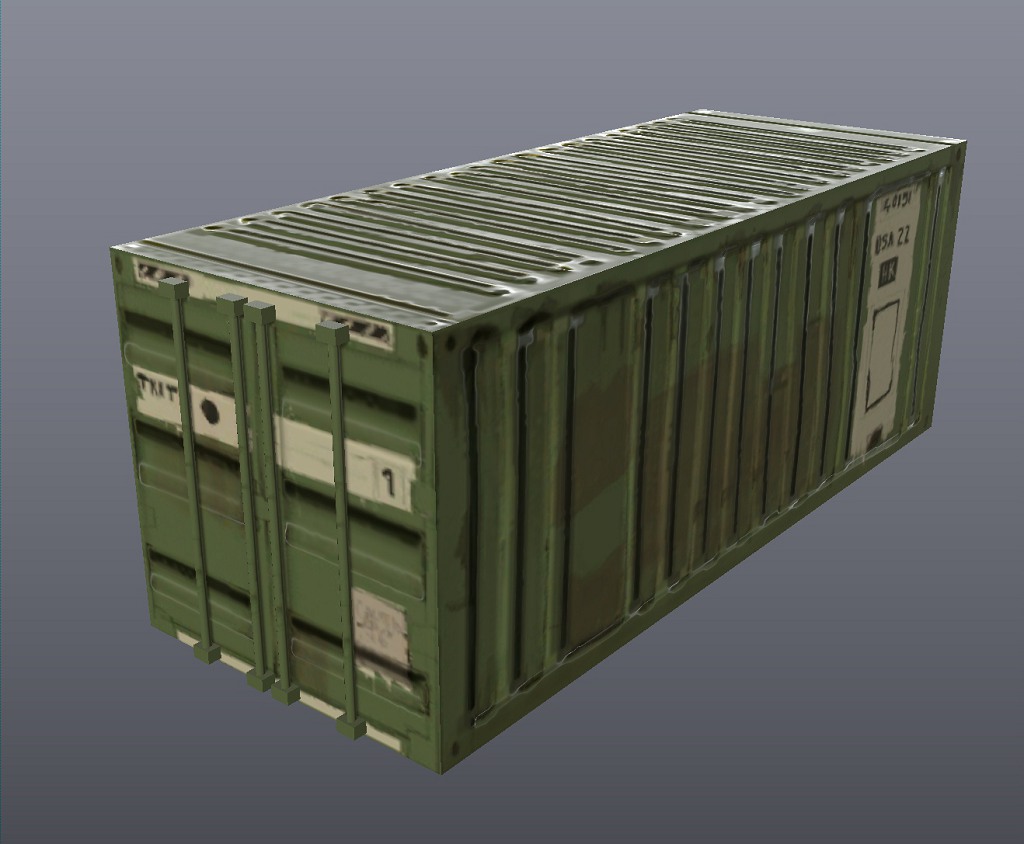 For better comparison, I’ve made a more up-to date real-time shot of the asset. As you can see – with more effects like reflections and normal map shading, it’s even harder to notice the style.

And here is the updated approach – with just a black pen as base. There is a bit analogue detail in there, like irregularity in the lines, but it’s more subtle and easier to move around. 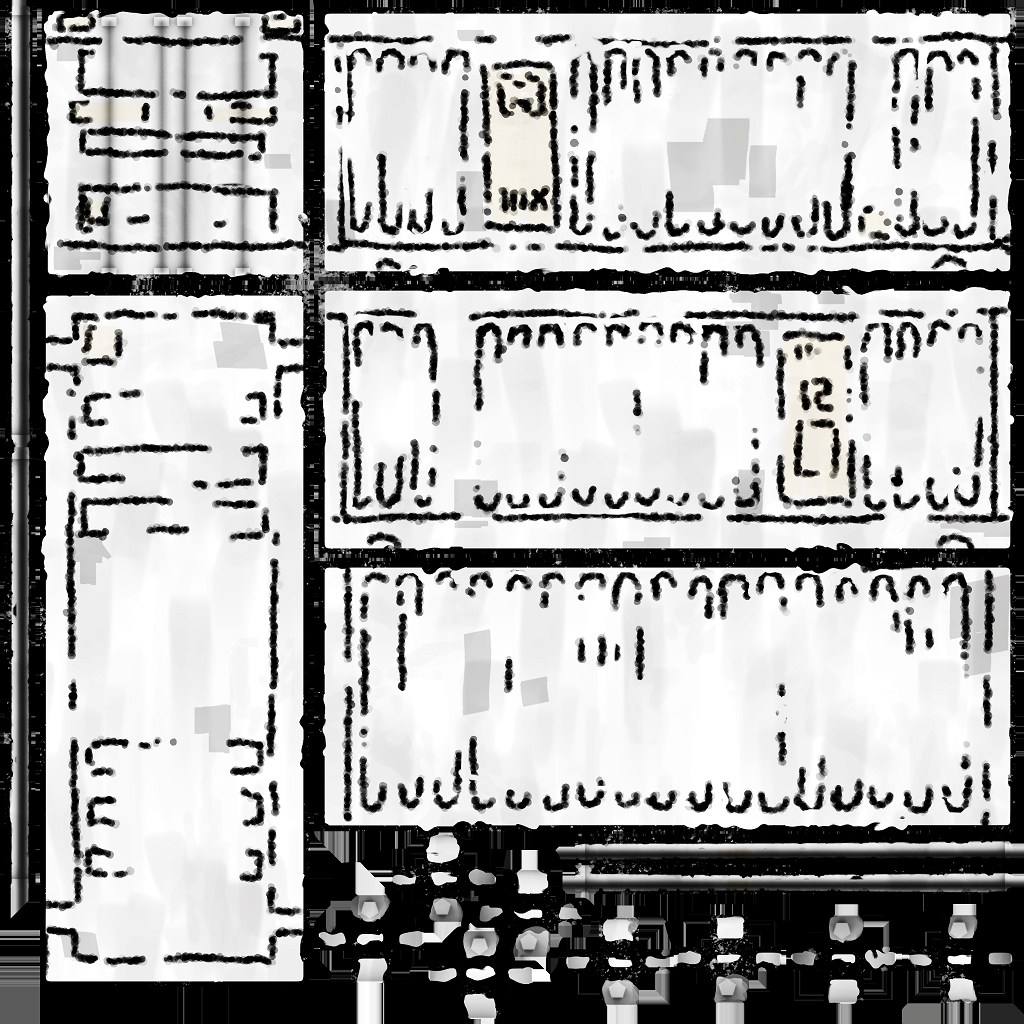 The new texture – this time done with Substance Painter, with some tweaks.

In an earlier posting, I described the procedural workflow for these 3D assets. A lot is automated – and then I go over and do manual tweaks. Later the programs help me to create variations like different colors or damaged stages, often with just one or two clicks. 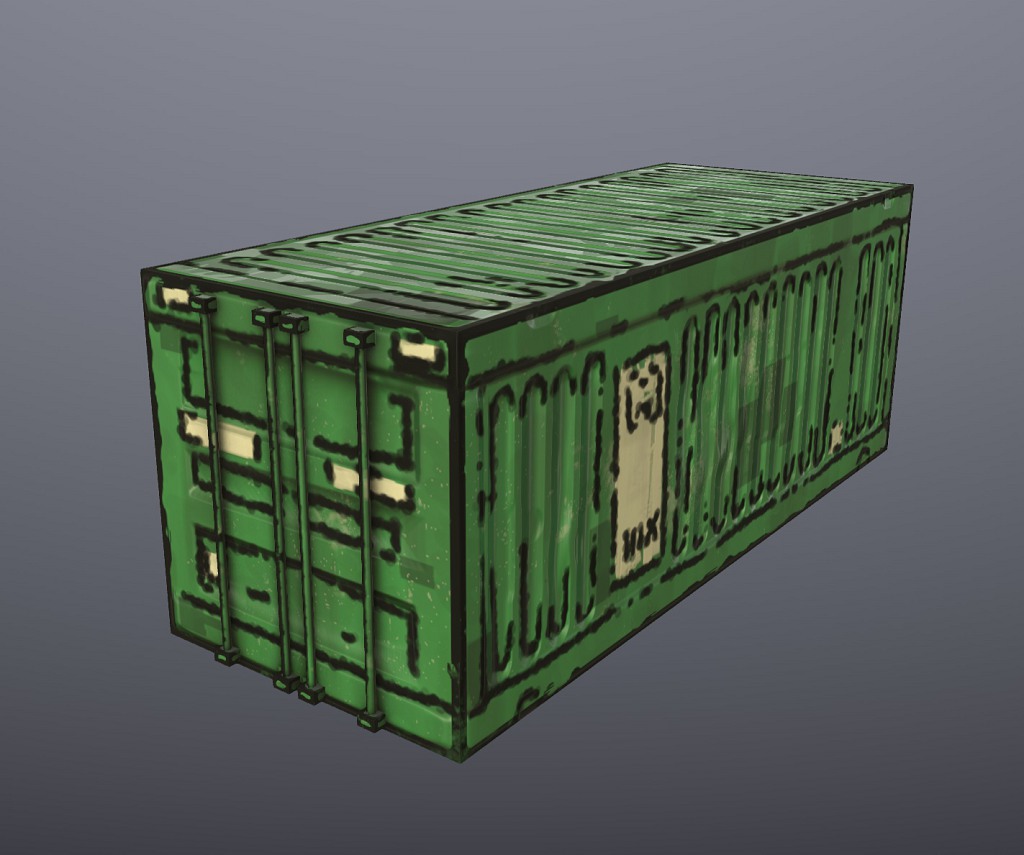 Here is the new version with a texture based on pen line-art. It does have an updated normal map, and the effects, but the line-art shows. 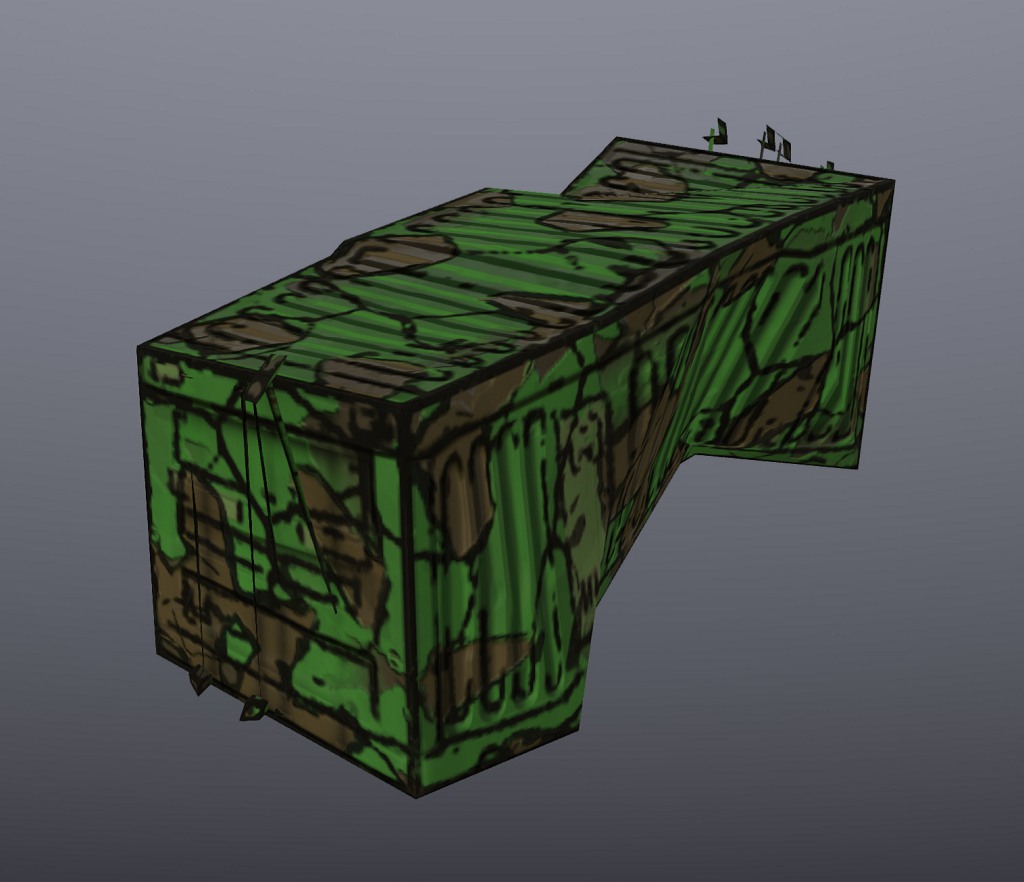 The damaged version – it’s naturally even more noisy, but still reads as stylized. 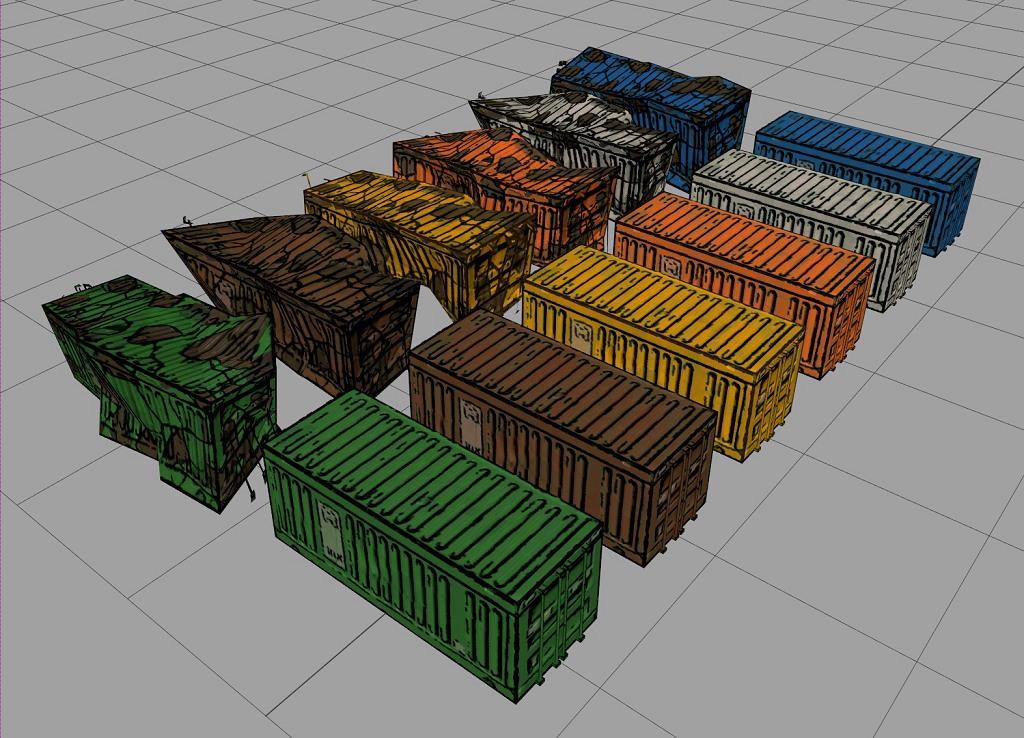 Furthermore, I generate color variations. Currently as separate textures – though we may switch to a shader that allows the programmers to change the color on the fly.

All objects have this style, with old objects being updated. I have a series of asset-shots on the Caromble blog, to show them off.