Here are some drawings from a recent trip – some views of Rome and Siena.
Very inspiring to see the massive structures they’ve built 2000 or more years ago. Some defying explanation until today. And many were built so fast that it puts any modern construction to shame – they got bridges done in days rather than years. Why this is not possible anymore (I’m told especially in Italy) seems strange to me. And even though the riches of today dwarf the already immense loot of the Romans, nobody seems even to bother to create such structures. Most were even just for the common good, like public baths and stadiums (Circus Maximus is the biggest sports stadium ever created). Let alone that any modern architecture would look nearly as beautiful, or would last a fraction of the time.
Something of the Roman system of making their leaders spend for the public good – and how they were holding architects accountable, should be a lesson for us today.

More sketches to come in a later follow-up. 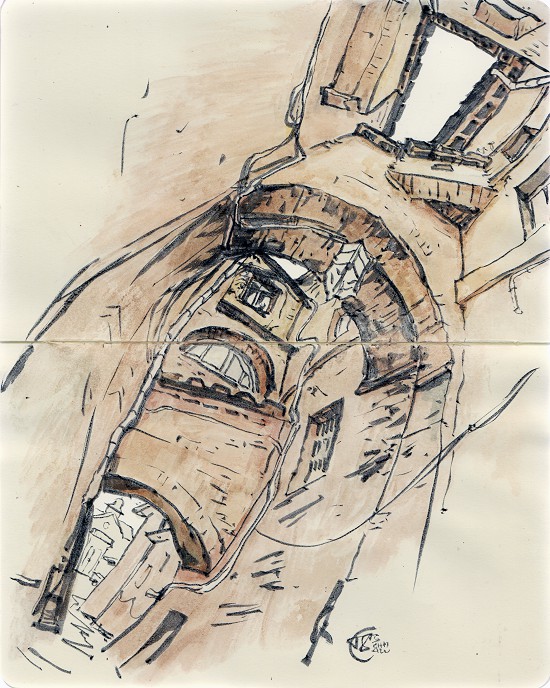 Siena – Alley close to the Duomo
(Ink and watercolor on Moleskine) 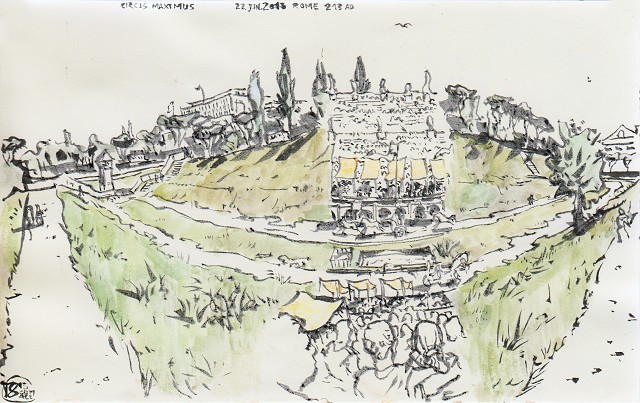 Circus Maximus in Rome … with a slice of time traveling. 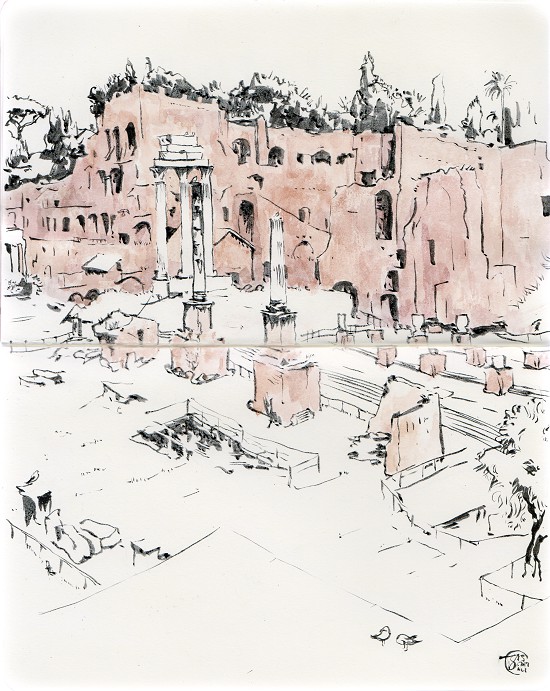 The Forum Romanum – the 2500 years old center of Roman power

All being said – the massiveness the hospital in Siena was impressive too. Just walking around it took an hour. The managing of access, traffic (I think I saw like 10.000 parking spots), security, water… it seems like a miracle that all this would function together. 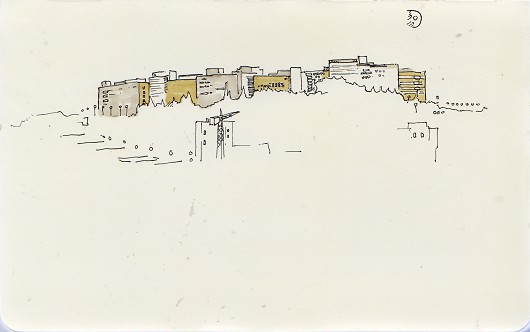