This is the next batch of pictures from last years sketchbook. I posted these before on conceptart.org and in the gallery – but I’ll show them here to keep things in the same sequence as in the book.

I went to Tokyo, Takayama (in the Mountain area), Toyota City (yep, the town were the cars are made) and Okinawa (the Islands in the South).

This is from the airplane. 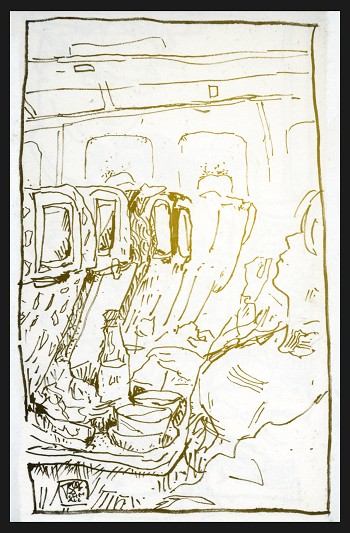 And this in the Tokyo Metro, when driving to the Hotel. 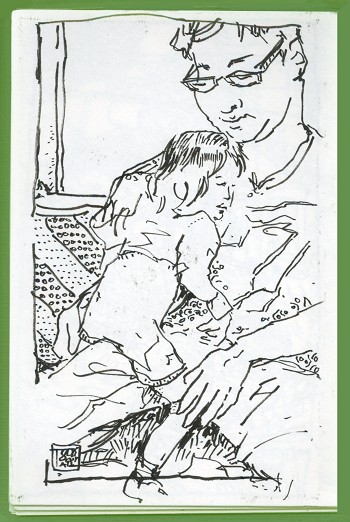 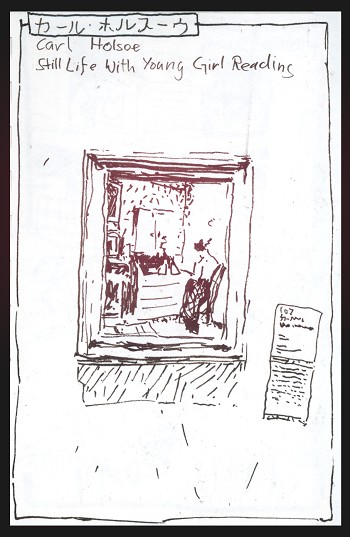 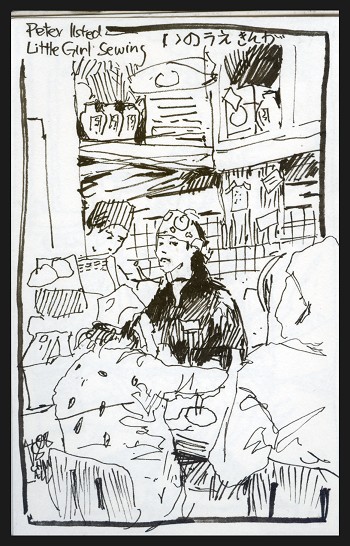 I visted lots of museums – they are really great in Tokyo. Especially I was amazed by classical Japanese artists – here a pattern by Ogata Kourin. 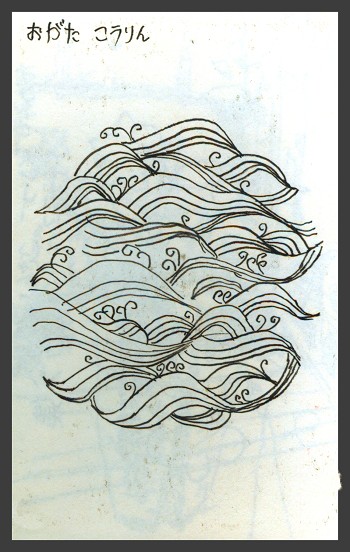 And this one is by Tawaraya Soutatsu. 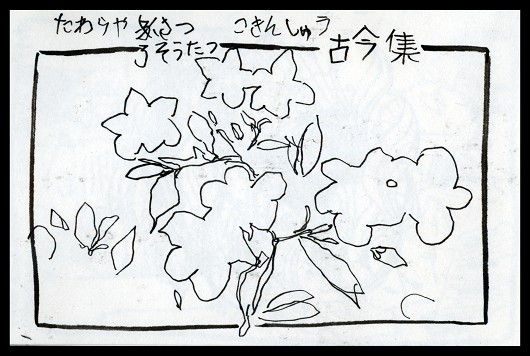 Sad Story – part two. Last time there was a old stair from Edo times on this place – now it’s gone, and by now probably some skyscraper there. 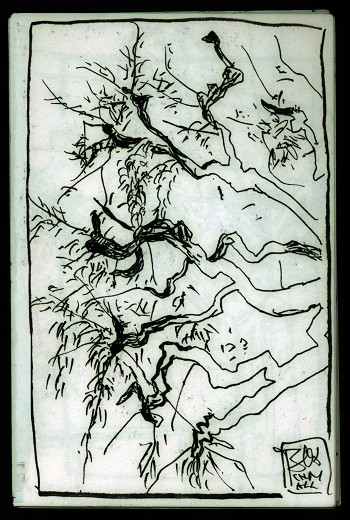 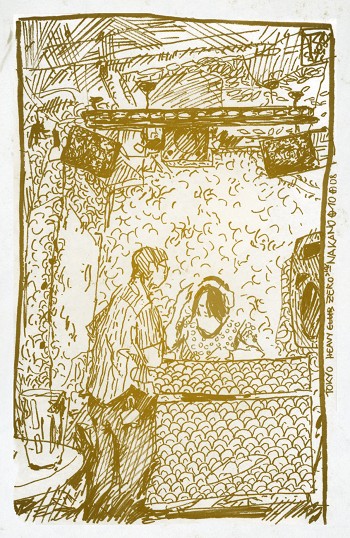 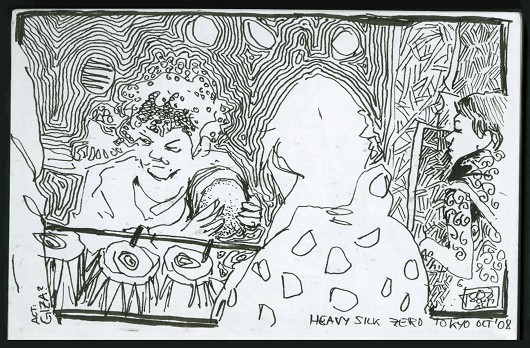 A very typical sight in Japan – crazy electric wiring. Very mind boggling – at least when you’re from Germany (where wiring is always underground). 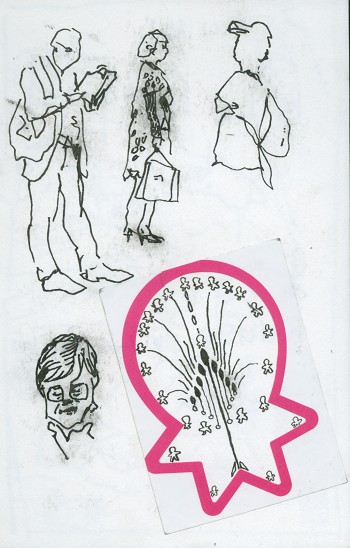 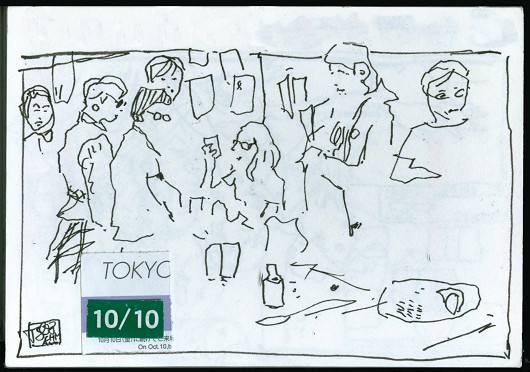 The artist group Chim Pom explaining their art in a random bar. I wish they had stuff like that in Amsterdam. 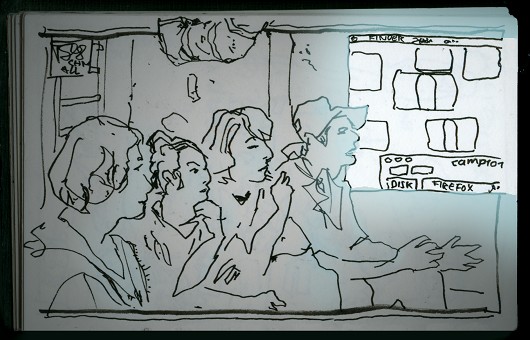 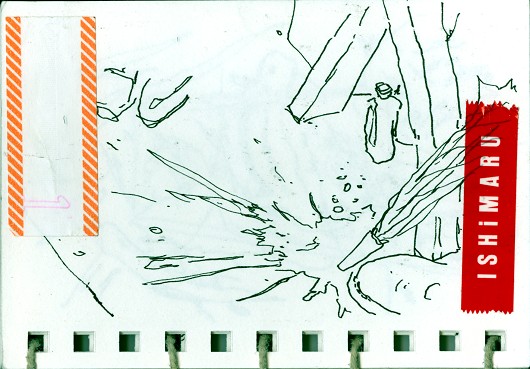 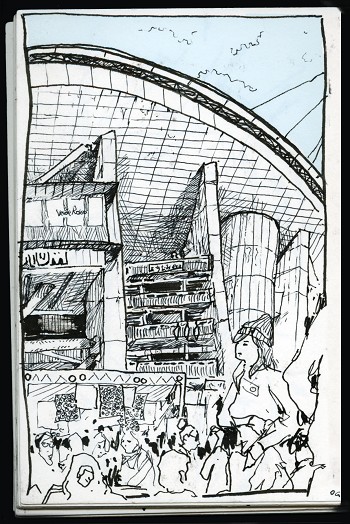 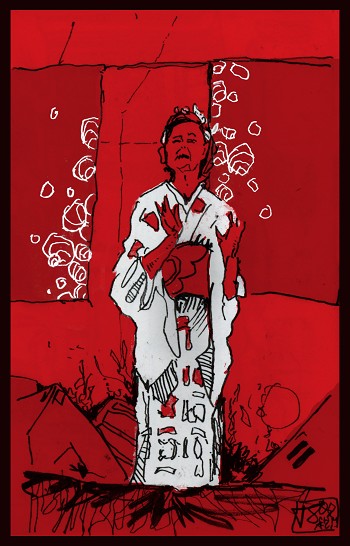 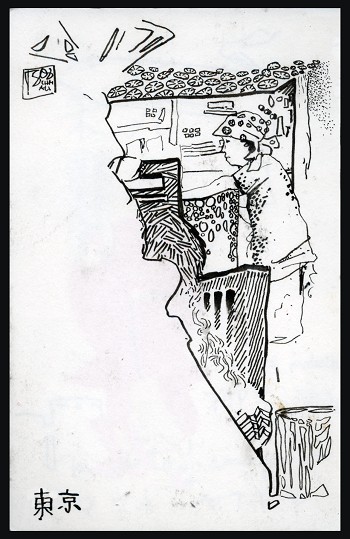 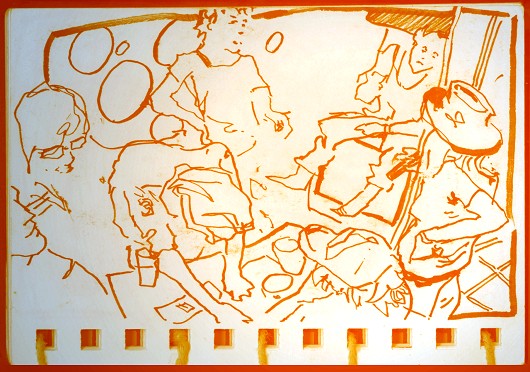