A great blog post I found the other day about shipping your program early. Found it on “Seth’s Blog“, another unmissable.
I like to read blogs from programmers and entrepreneurs. They think sooo different from artists. But their job is highly creative too – so much of what they say applies to painting.

How many artworks did you not “ship” because it was just not perfect? I hear this often. Many artists never finish bigger works, because there is always mistakes and room for tweaking.

Of course there are differences. Iterating an artwork is not always possible. But there are tricks to push it out there: Get time limits! Maybe join contests, or, as I like to do: Draw from real life. The obvious reason is that they force you to say “I have to stop now”. Maybe more importantly, I feel they also force you to only work the parts that really matter.
Because – you know it if you ever painted – any image can be infinite abyss. There is no limit to the time one can spend on even a single background detail.

But it makes me also think: Especially for our digital work it is possible to make new version numbers. Why do I do it so rarely? Just take an artwork from some time ago and make it better with what one learned. And show it off even if it’s not perfection.

Very hard for me… but now… uhh, oh, wouldn’t it be hypocritical if I would not post an artwork that I’m scared to show as it’s not done yet? So well, ok – here is one: 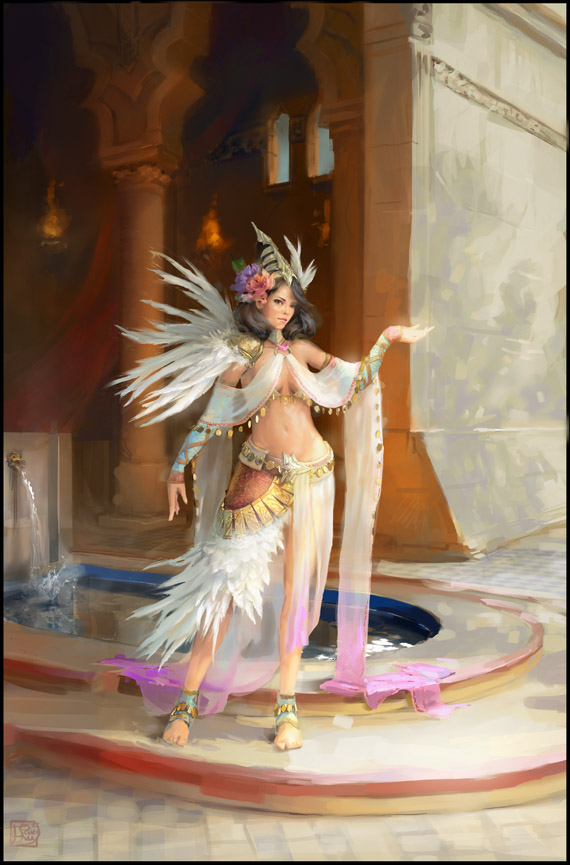 It’s a painting from one year ago and I started tweaking again. Right now the values are much better (heh,no need to release older version) – but what to expect for version 0.3: