Here’s the second batch of the Udo Jürgens Musical costumes. I’m really happy about the mixture of watercolors with digital in these – so hopefully I can do more of that.

Working on a update on another exciting new project, but I have to push it to next Tuesday – good time to nibble on the backlog of costumes I want to post still. These “Ich War Noch Niemals In New York” designs were actually to update the musical that has been running for a while before moving to Berlin, where it’s still selling really well. 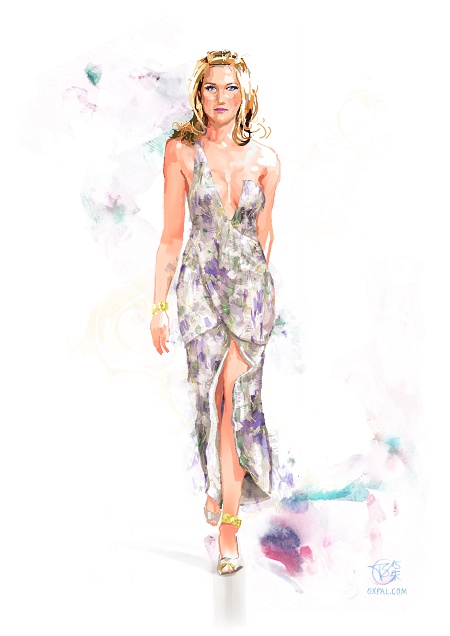 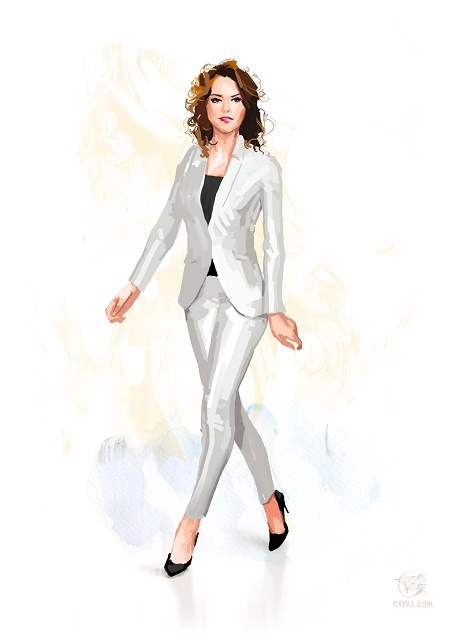 One of the main actors in a plain white suit. 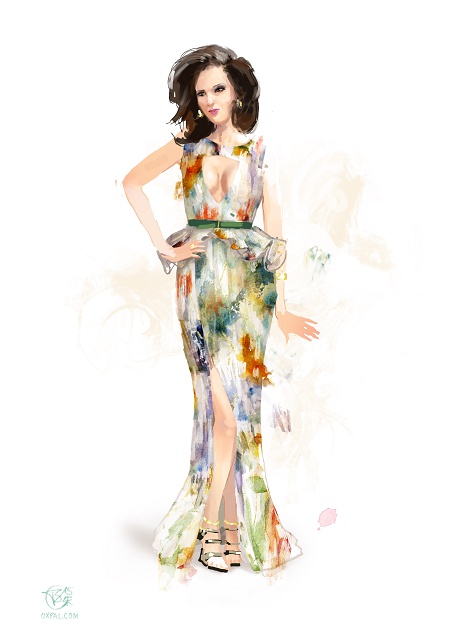 And another long gown – this time with green and orange colors. 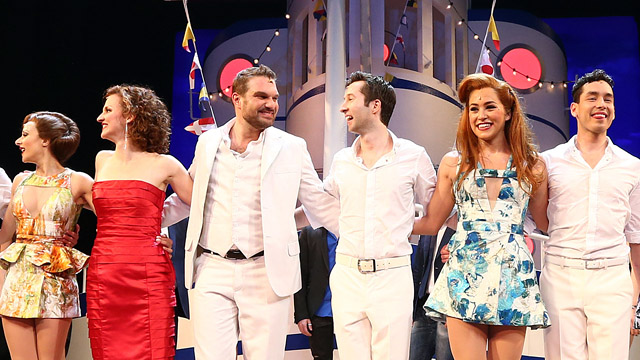 A closeup of one of the costumes on the stage. 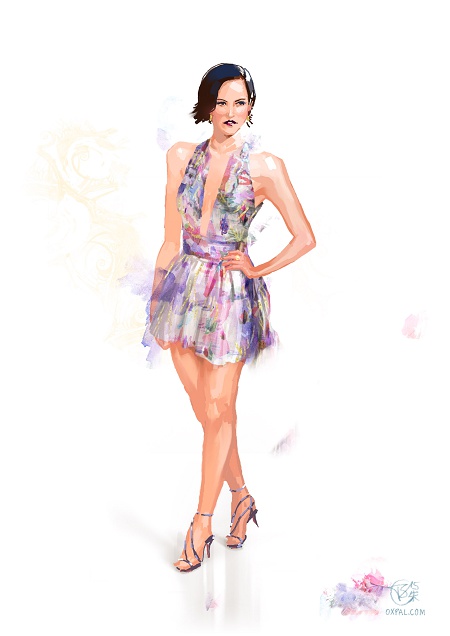 The party dress from the last update, now in the short version. 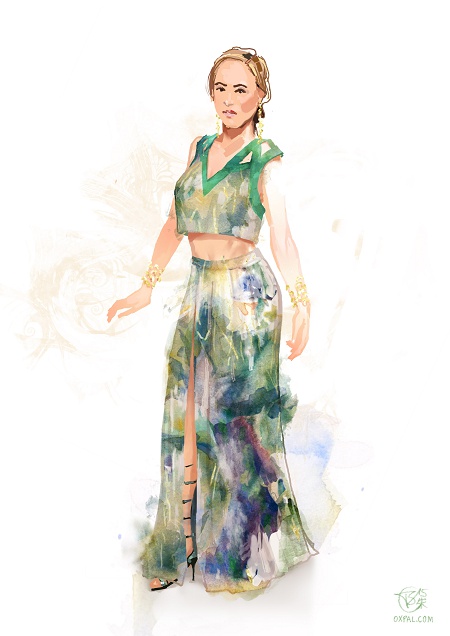 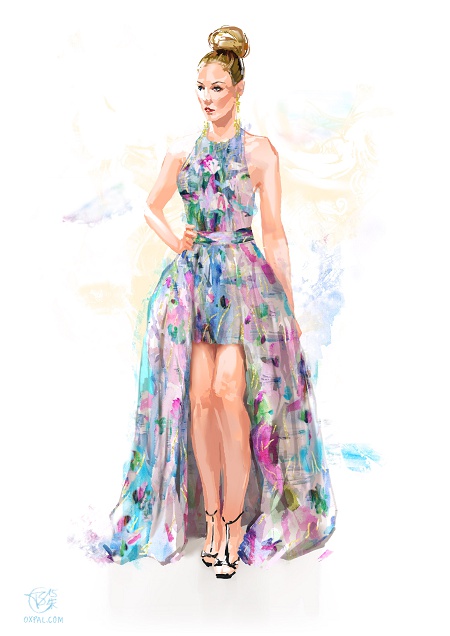 Another long gown – I used a watercolor painting from Aruba to make the colors.