I want to post some modern wood block printers from Japan – but this gotta become a series: There are just so many great ones. Hokusai and Hiroshige pictures are everywhere – but the artists of the last 100 years seem under-appreciated.

I’ll start with is Kawase Hasui (1883 – 1957). Wikipedia says that he’s one of the leading ones to revive traditional printing (where the work is shared between several craftsmen) depicting classical subjects. But what do I know – probably just something that museums made up. Anyways, it looks sweet. Love especially his night-scenes. 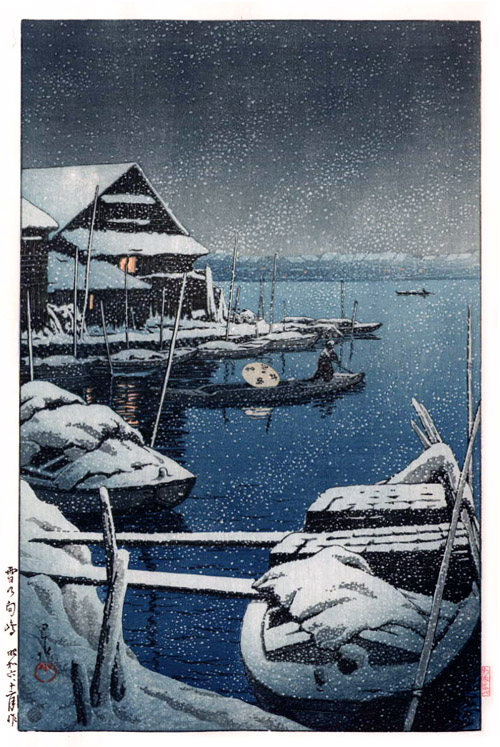 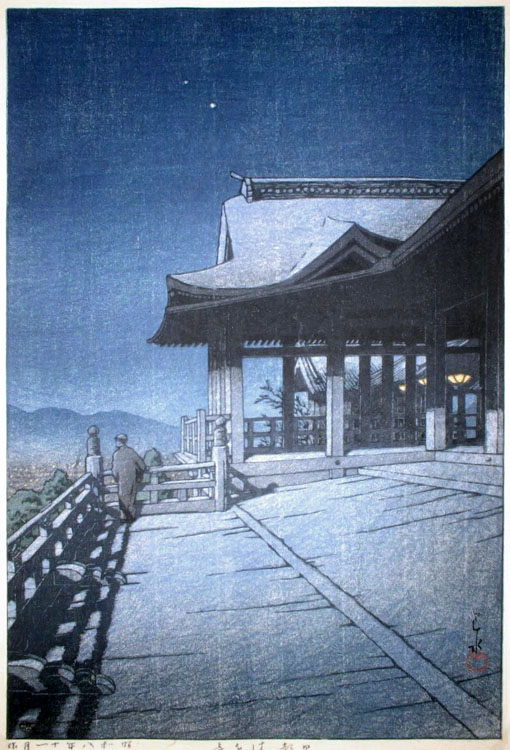 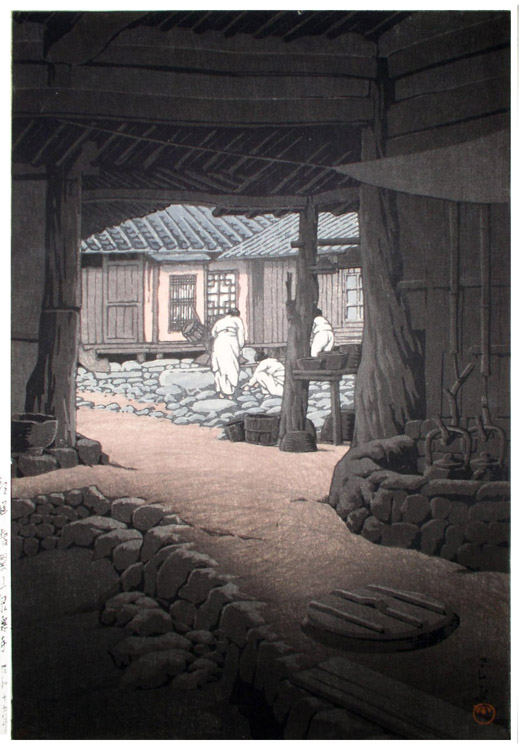 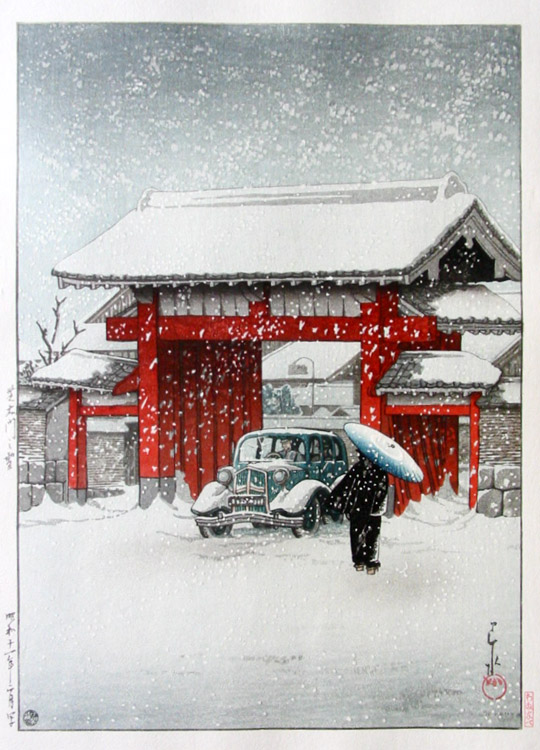 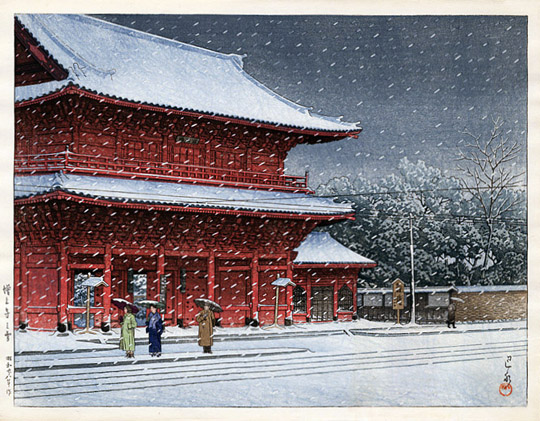 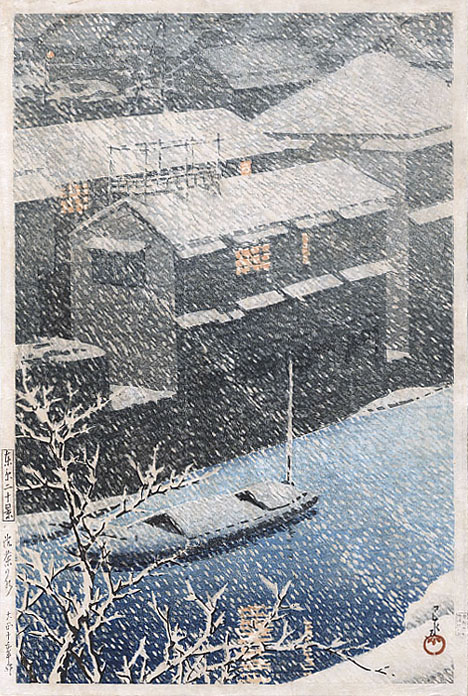 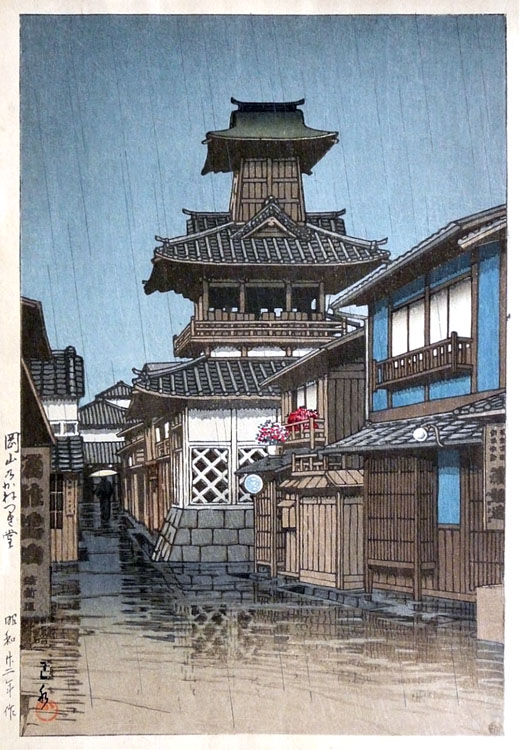 On flickr you can come across lots of old Japan photos – and I find it surprising how similar they look to the artworks, especially composition-wise. Probably the photographers tried to stay close to what costumers knew – but I think also that simply the shape of the objects you can work with determine a lot of what you can do with the composition. I mean… much more so than I would have thought.
The first one here was a 3D photograph, so I made it into an animation for a nice effect.

Historical Japan Picture from the haydays of woodblock-prints (1880) - it was all 3d back then! 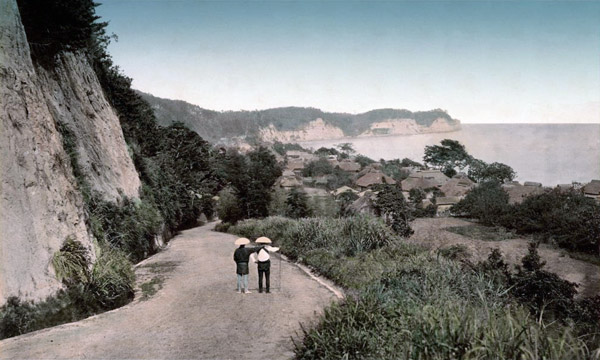