Recently I was on a trip to Mexico for a wedding of a friend. Good times… really good times :) And since I made that long trip to other side of the planet called earth anyways, I combined it with a stint to Aruba, where another friend lives (thanks Maga!).

So two weeks, and much celebrating to do, so not too much time for art. But I managed to do one or the other drawing, watercolor painting and photo. So here are the goods…. Part one: 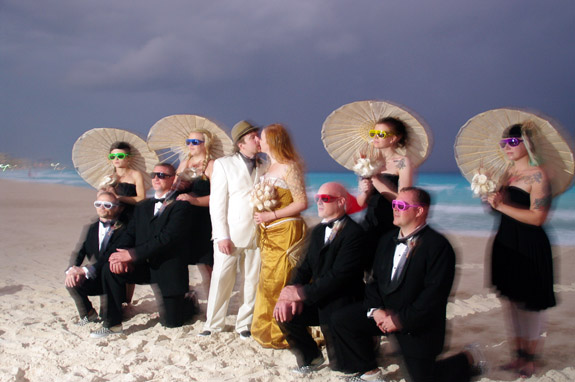 Thanks to Iris and Ryan for the great times. Nice couple, eh?

Of course I had to paint the beach. I got caught up by the waves several times though since I sat a bit too close. You can see my shadow on the lower edge. So the painting suffered a bit. Makes it look more natural-rough kinda. 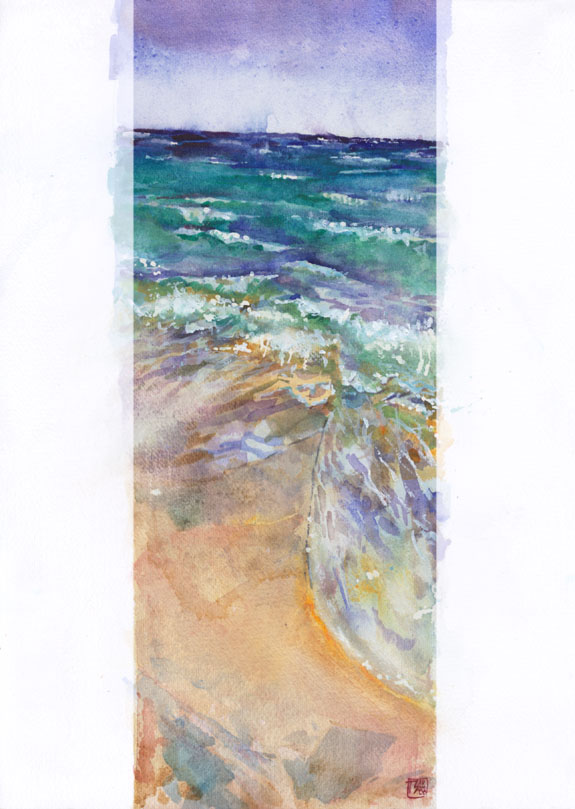 Just when I was saying that I doubted the stories about wild crocodiles eating other grooms-mates of weddings in Cancun, we actually saw one. Knowing now thanks to google images how high crocodillos jump, it maybe wasn’t smart to get so close. 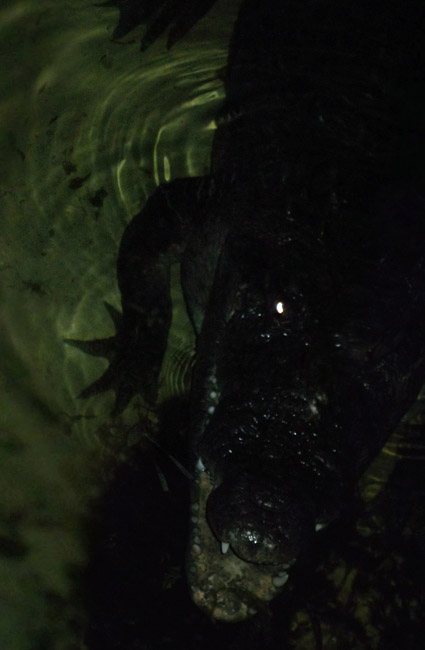 I was not scared though. Because I let Ryan take the risk of making that photo.

We also went to trips – the following one is on our way to Chichen Itza. It’s a painting of a Cenote. Those are sinkholes in the ground, where the Mayans used to throw human sacrifices. Now you can swim there… which sadly I had to skip, so I can use the half hour for the image.
In Chichen Itza I was not allowed to paint – despite roughly 50.000 Mexicans in there that carved and painted souvenirs. So no pic. 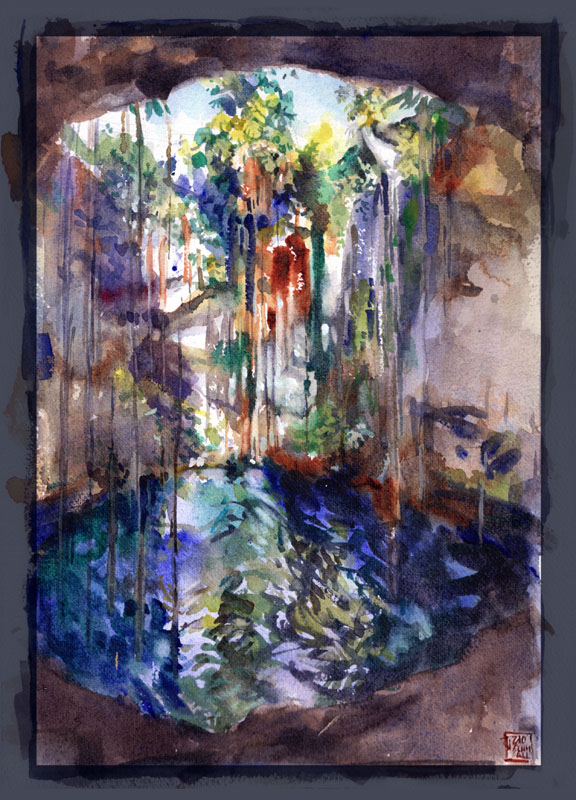 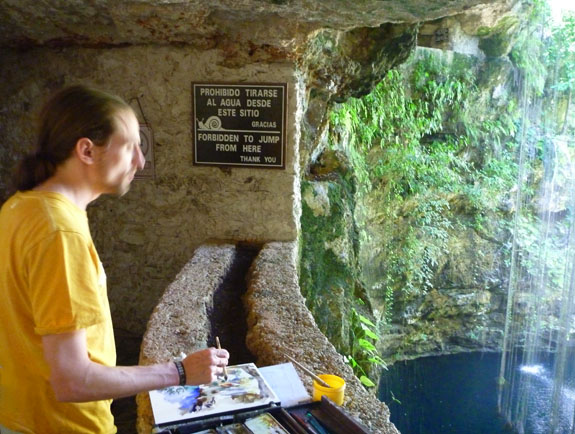 Me in action - the rapid head-movement is my secret superpower for painting from life.

Mexicans seem to love cookies! Half the supermarkets were filled with a huge selection. I could not resist this design. 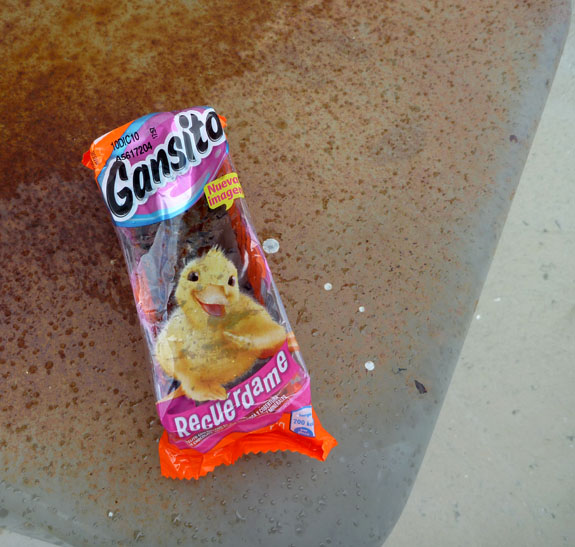 Gansito - This must be the most awesome duck design ever.

After Cancun I had a one day trip to Miami-Beach. Here’s a little vid of some birds there… man they have the best life, chasing waves day in day out.
More to come in the next part.