In October 2014 ran Wagner’s “Parsifal” in the New National Theater Tokyo. I’m quite happy how the costume designs for this worked out.

Yet again, the stage design was great – here is a video, which shows the actual 3D effects they used. Japan, Japan: always with one foot in the future.

All of them were done in collaboration with designer Yan Tax

Titurel, the old keeper of the grail. 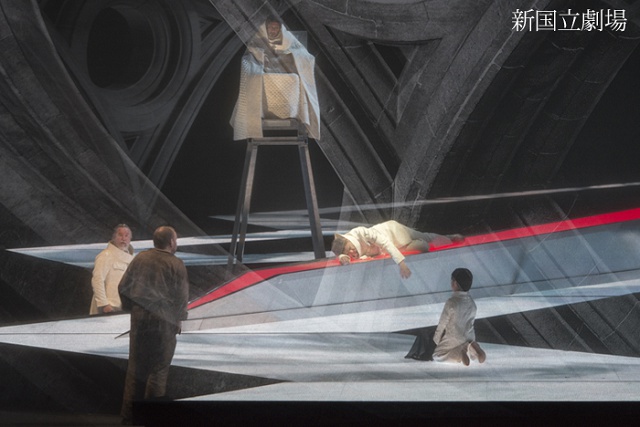 Kundry (a very interesting character) with a veil.

Gurnemanz, with a leather coat. 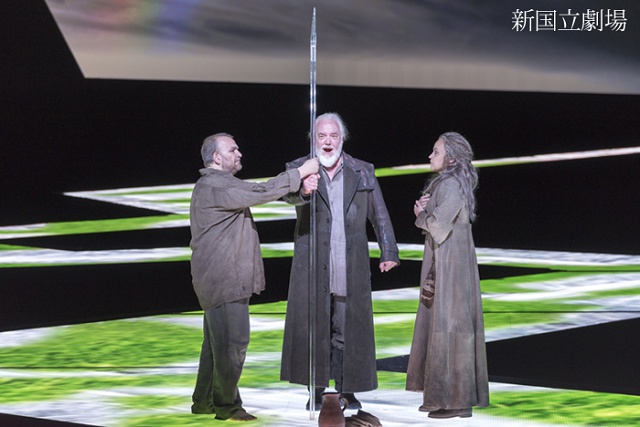 Costume photo, with the spear.

A knight in a creme colored suit.

Child in the final ceremony.

Klingsor and Kundry in the play.

A squire in a plain white suit. 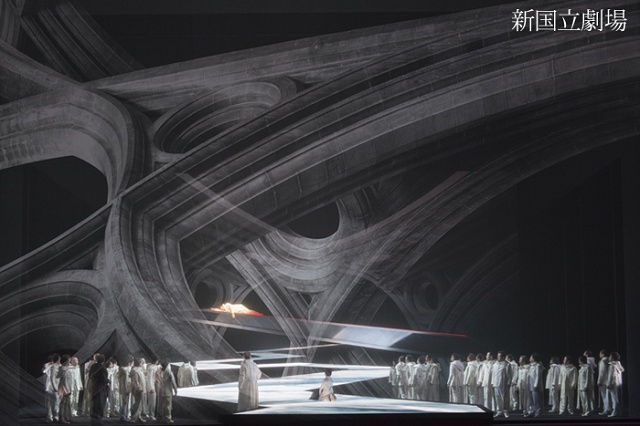 Parsifal, this time with spear and a more threatening looking dress.

Kundry in a green silk dress. 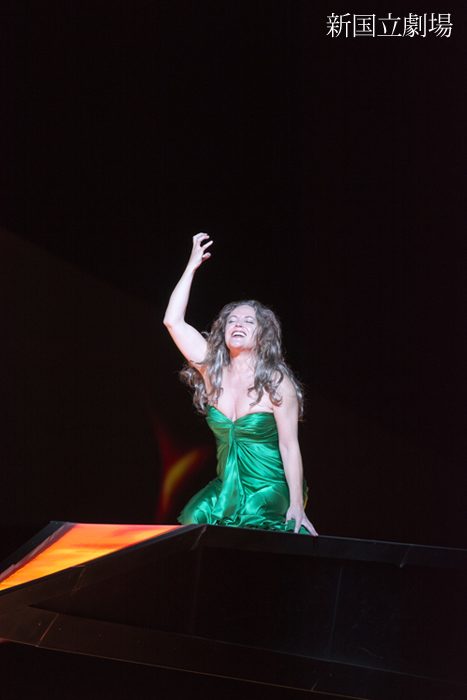 Evelyn Herlitzius as Kundry in the green costume.

The creme colored suits were the general style of the grail knights. 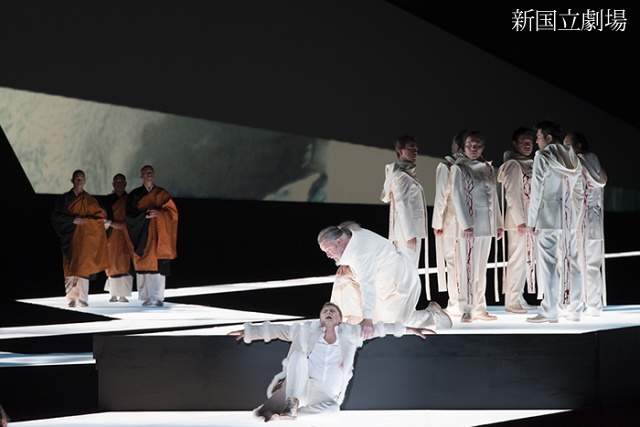 The bright costumes in the play.

The immortal knight Amfortas with his wound.

White dress with decorative armor pieces. There were 12 Amazones in all.

The seduction scene on the stage.

Kundry’s other side – in a brown and orange leather coat.