We’ve made this game at Streamline Studios, and it went through many iterations. I think the look turned out well – and still holds up today. I’ll show here a bunch of items I like the most – but I’ll also make a series of blog posts with more art. (Starting here with an overview of the hand painted texture style)

I worked on basically all aspects a little bit: Early style definition, concepting, texturing – and even some modeling and effect creation. All concepts and textures here are done by me – most of the meshes are not. 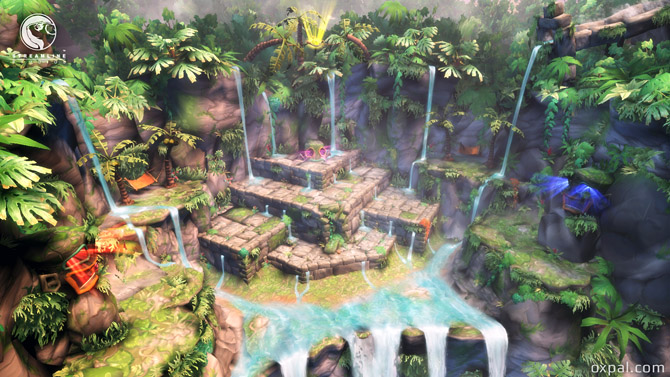 Let’s start with a pretty picture of the oasis level. Later the game went through a lot iterations of the layout because of the gameplay. 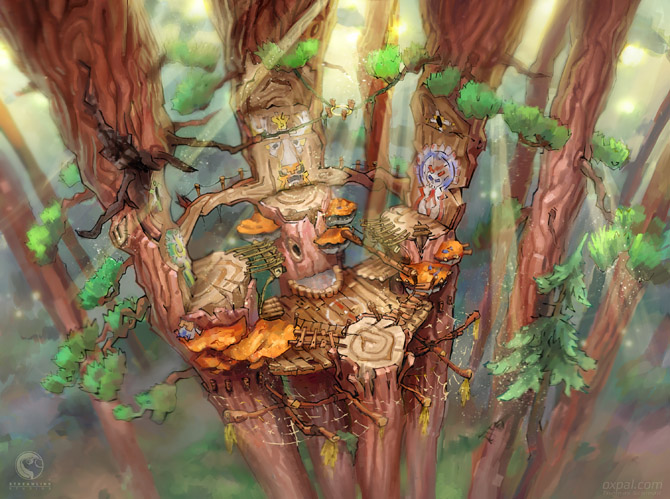 Level concept-art for the tree village. 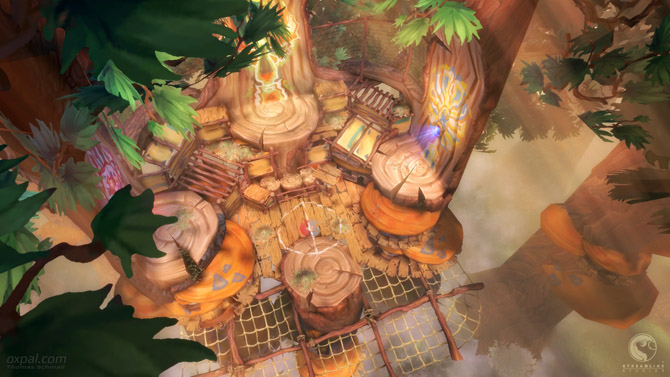 Screenshot from the Tree Village. 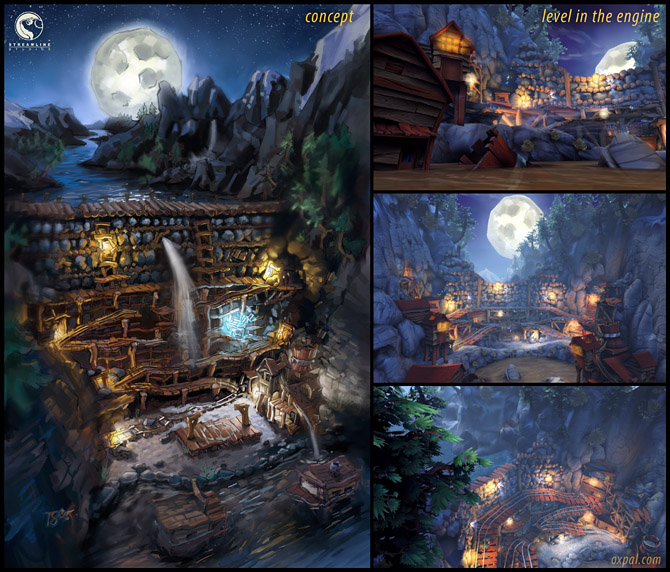 Here is a good example how the game went from concept to game – while trying to keep the painted look throughout.

Color Blockouts for the “Undergrowth” Level 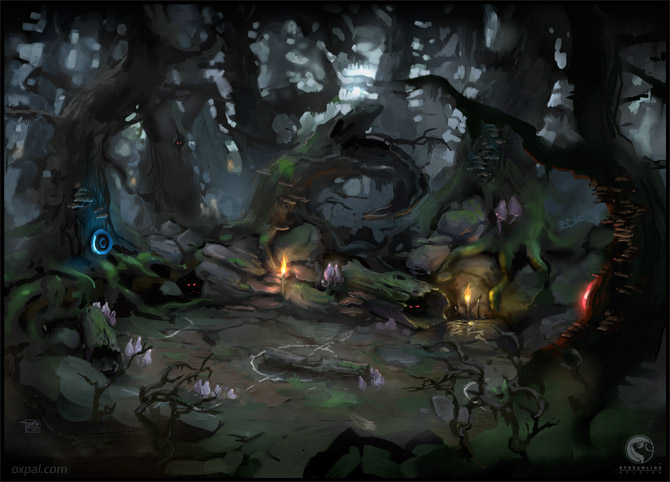 Detailed concept for the undergrowth level. 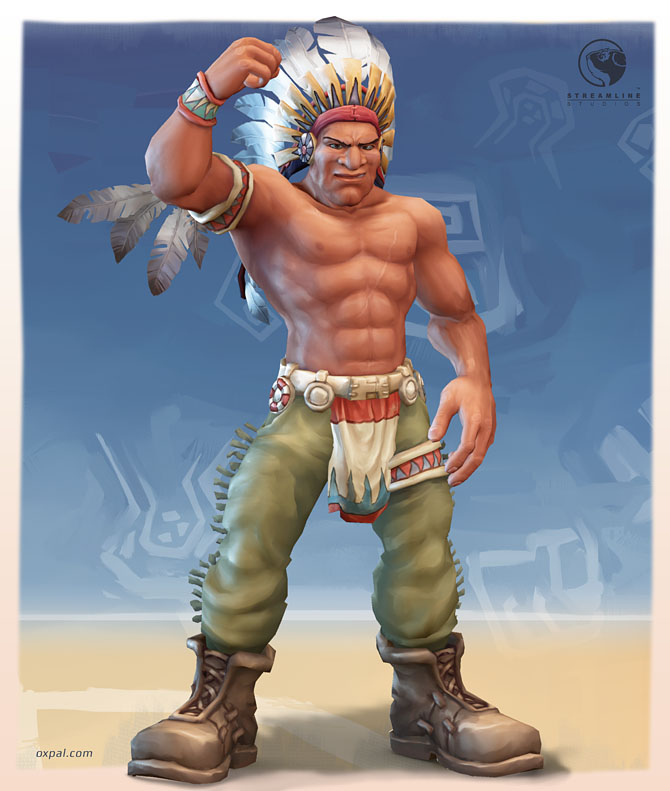 The Chief – one of the characters playing the tough version of basketball.

The three texture sheets for the character. 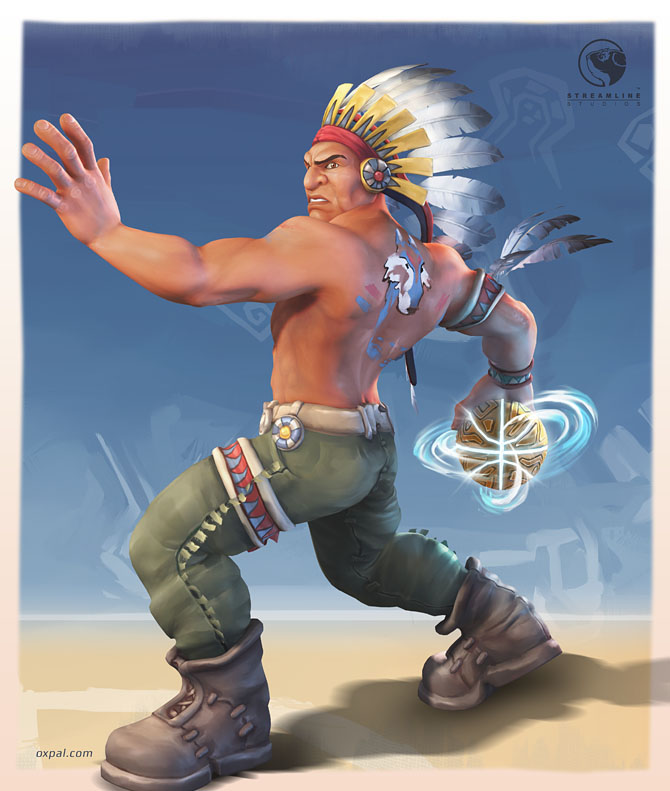 Other view of the character showing of some of the stylized effects and details, like the swirly knuckles 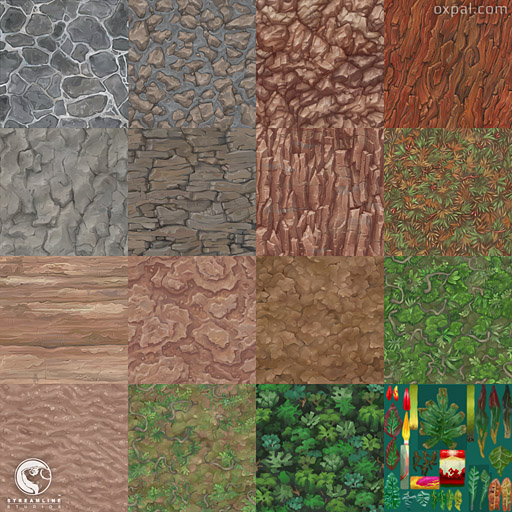 Overview over some of the level textures I painted. 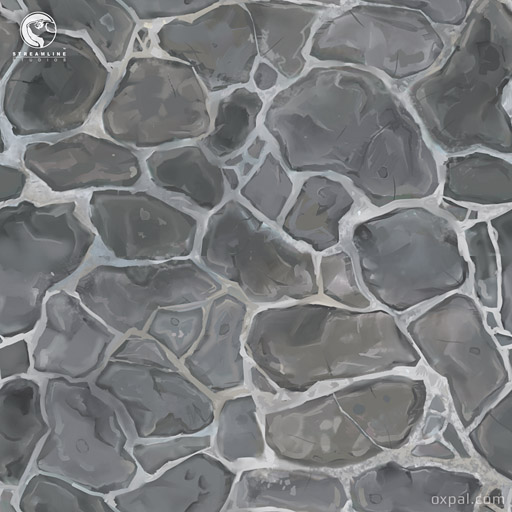 And a cobble stone texture. 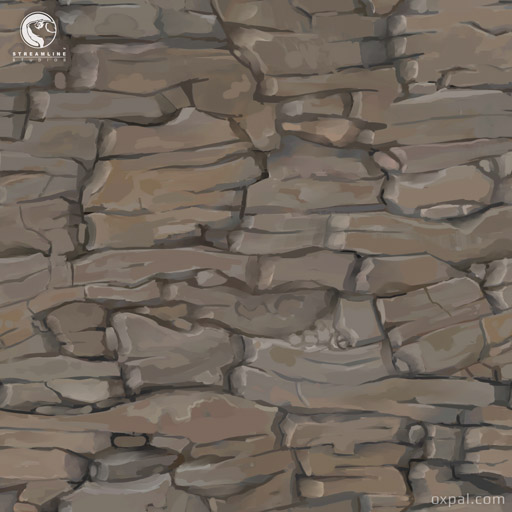 A golden mask that gives super-powers. It uses a specific shader that just shades according to where the camera is – giving it a bit of a comic-book look. 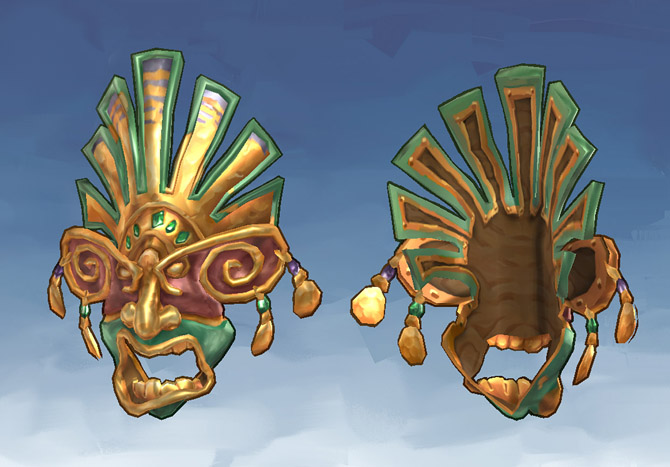 Still image of the golden mask. 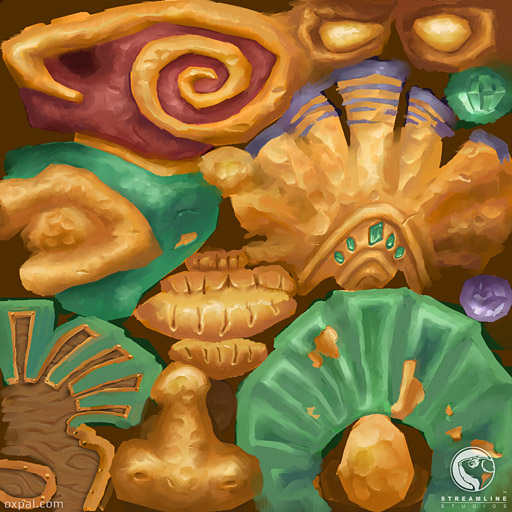 The texture for the mask – there are lots of effects painted in, that would in more realistic games be done by shaders. 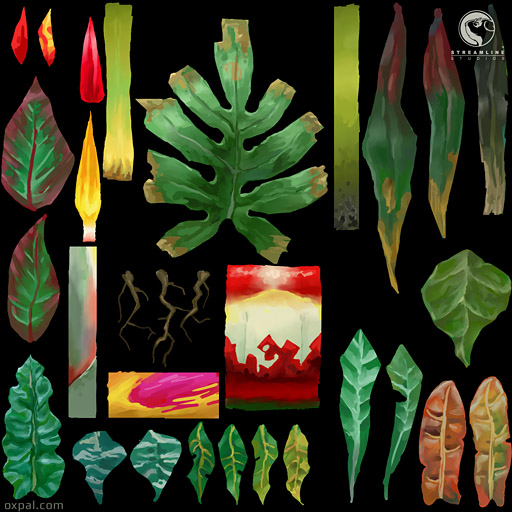 Plant textures for the jungle on top of the article. 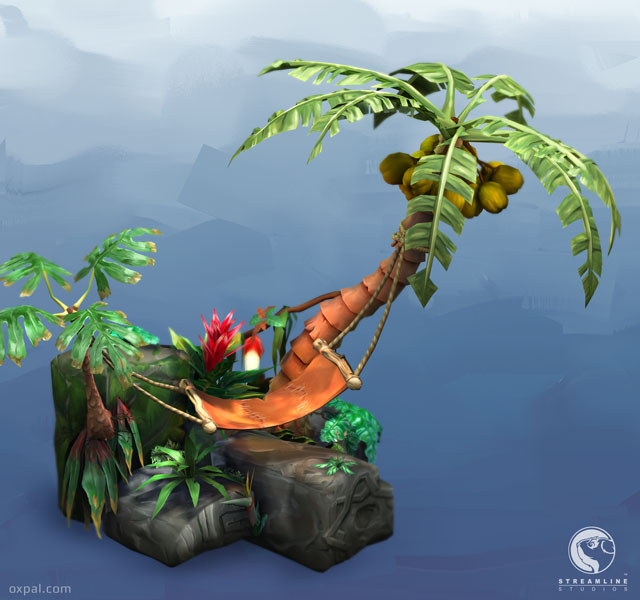 A view of how the plant textures look in the game.