2009 - a co-production with Grin-Studios for the simultaneous release with Warners latest Terminator movie.

You can see a feature on CGTalk about Streamline creating art for Terminator Salvation, with some more of my and my colleagues concepts and some of the resulting 3D art.

We worked a long time on this project, creating much of the level art. A lot of fun was the concept phase, which besides doing texture concepts and lots of reference collection, also allowed us to do mood studies of the levels. Concepts like these often don't reflect the final layout or details you'll see, but rather are thought to set the feeling and general idea. 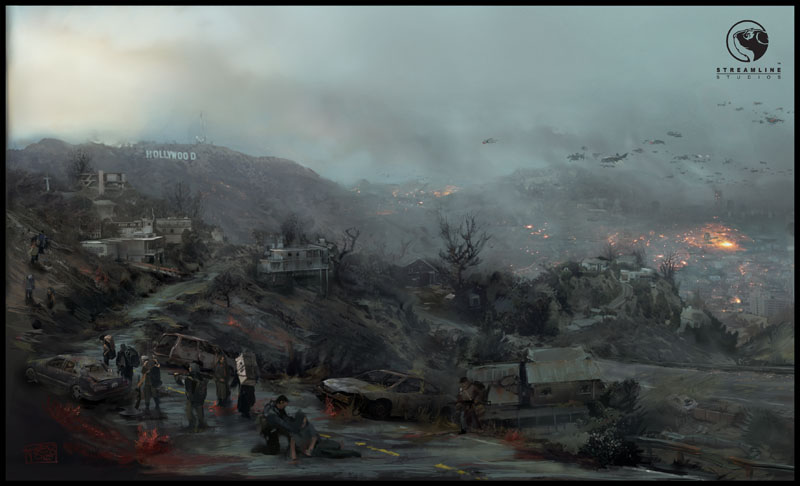 L.A. is under control by Skynet. This concept is shows the look of the Hillsides that many people flee towards. 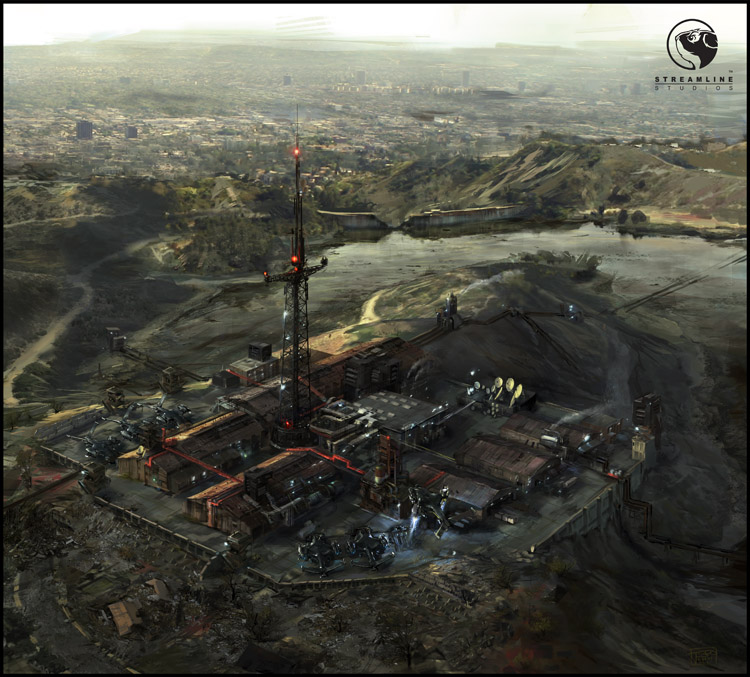 Skynet has big facilitys to surveil and control the city. The radio tower here is a mainframe for communication. Skynet used existing factories and modified them to suit their needs. 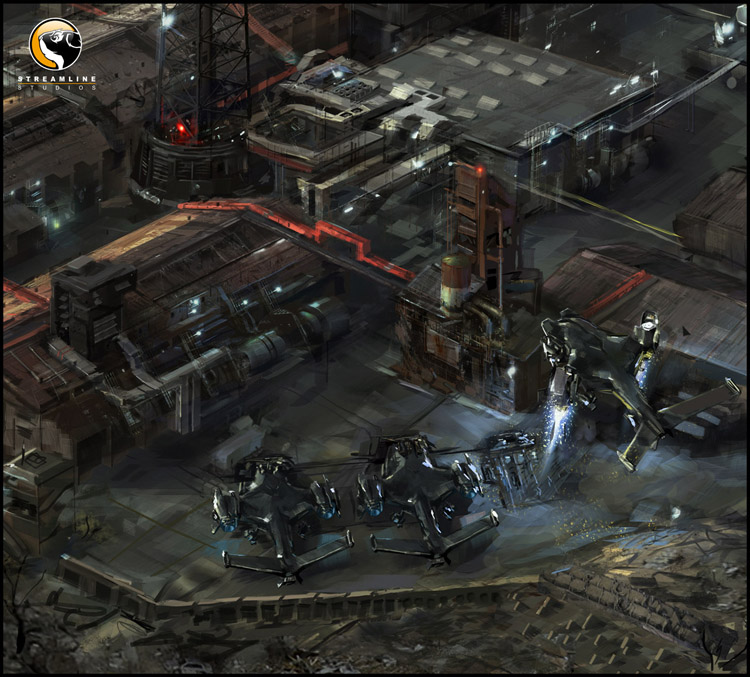 Closeup, showing some of the Hunter-Killers... waiting to hunt... and kill ;).
© 2009 WB and Warner Brothers Interactive, Terminator ® StudioCanal S.A. Salvacion.