2007 - For this version of Epic's Unreal Tournament, our team made most of the level content. I'm showing here a texture and a concept I did. 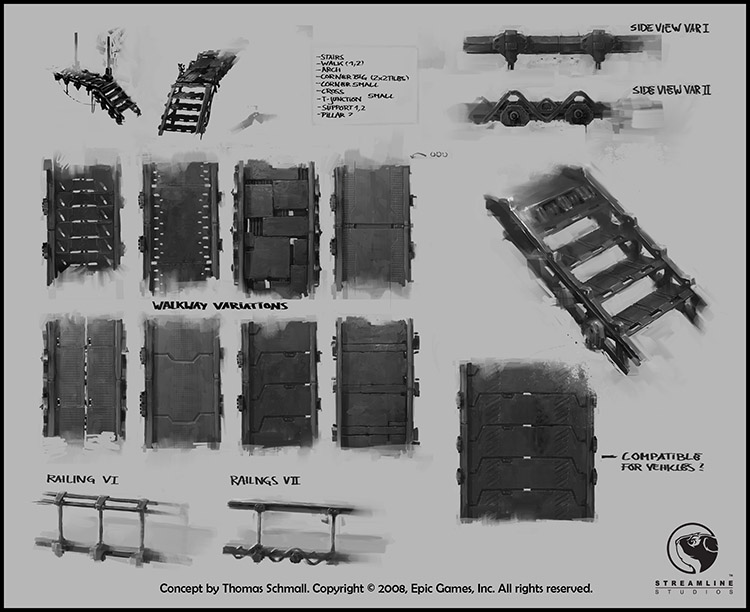 The following is the resulting mesh - and the texture of the asset. This was not done by me, but by Ryan Kuehn, but I think its interesting to show the result of the concept. 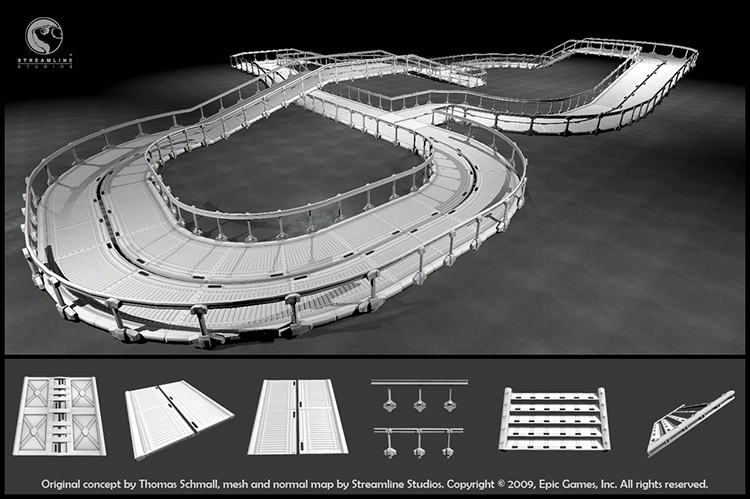 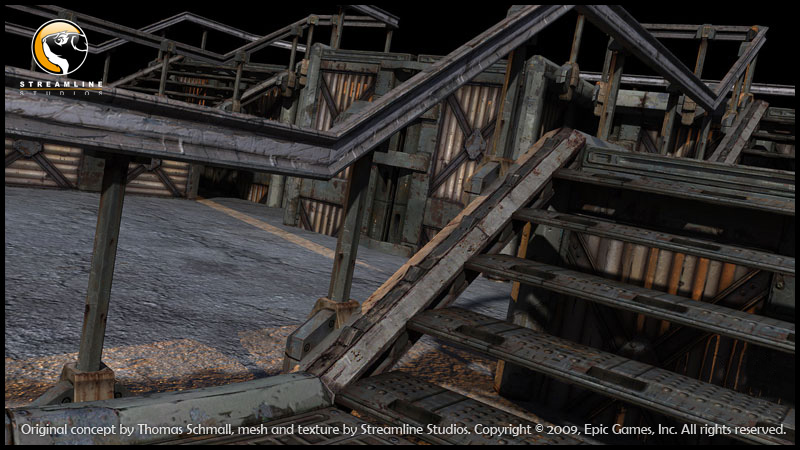 Here is one of the textures - shown in an Unreal Engine screenshot. The second one shows a screenshot of another texture applied on the floor in a level (which is also taken from the Level Editor). Heh, maybe not the best angle -but the shot looks just cool. All the assets there were concepted and made in our studio. 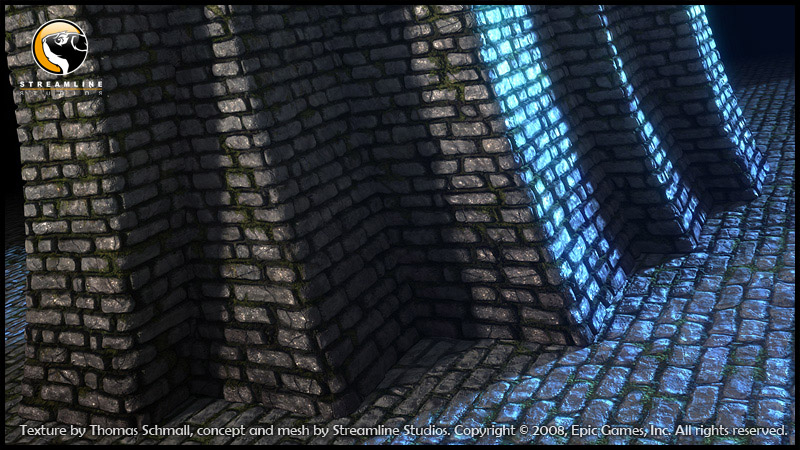 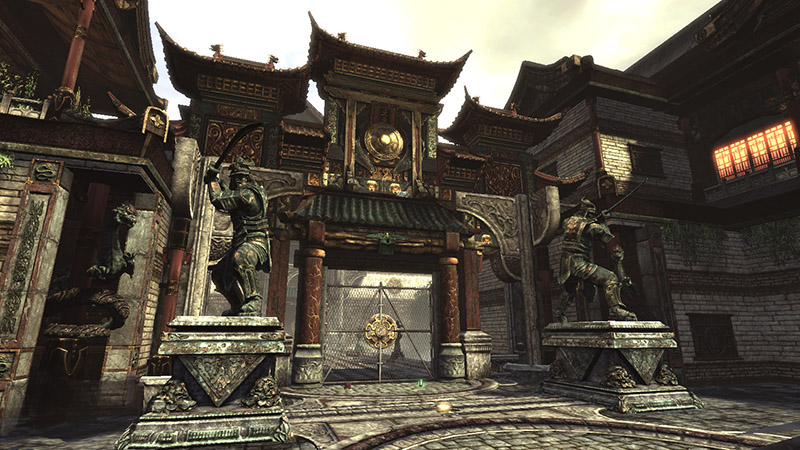