2007 - A game playing in the X-Universe.
This title had some unique challenges, that made us having a long planning phase. The main problem was that the stations in this space shooter would be gigantic (kilometers), yet had to stand up to closeby flights (several meters). This is obviously technically tough - how big would a texture be? But also artistically - how do you concept such a large structure? After this planning step we stopped working on it, and I am not sure what ever became of this project.

This is a concept of a huge industrial space station. We've tried around how best to concept these big structures, without spending a lot of time on it. As you can see in the scale reference, these objects might turn out several kilometers big. This is a challenge for concepting - but mostly for modeling and texturing.

We we went this approach, that suggests a lot of details - still demands of the modeler much imagination and figuring out. That seems like a good middleground - since the conceptartist can hardly create the whole shape in his head. You will need very able modelers for this.
This image shows one of the 4 sides we concepted. Which defines the overall impression and gives ideas for details to the modeler. 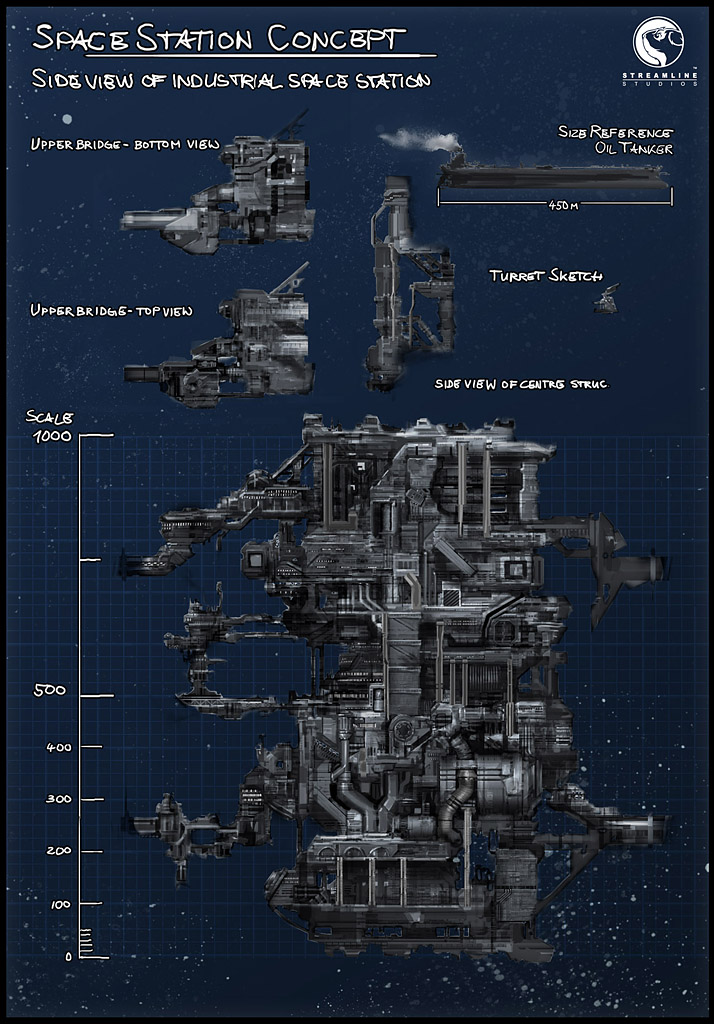 As for the texture we wanted to use one huuuuge sheet, for all possible stations of one set. So this texture might turn out 2048x4096, and have many reusable parts, so that the resolution holds up on the closeby flights. The bonus of that approach is that you get a consistent look for all objects of one set.

This is a texture concept to plan which elements would have to be on one sheet. I did it on A2 paper with pencils, which went fairly quick ("no undo" can be a blessing sometimes). 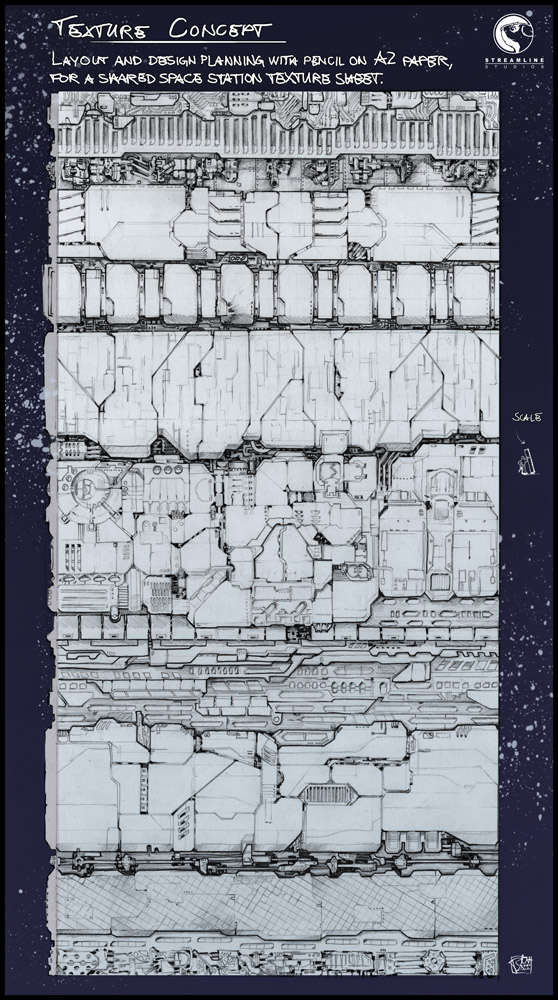 Here I applied the texture on one dummy mesh. For testing how the elements of the sheet work - but its also a fun test of seing pencil texturing in 3D. I really would love to do a full game with that - it looks nice if you ask me :)
This is just the sheet from above - but some parts darkened down with vertex coloring, to separate elements. 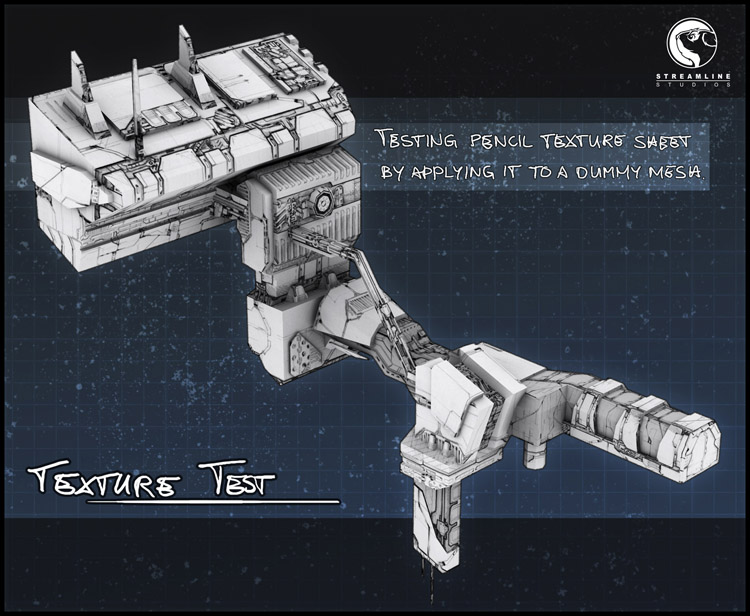 To define the colors and look of the final texture, I took a part and did a color pass on it (in Corel Painter). Because of the huge size of the texture and structure you would want as much pre-planning as possible. People might work a month on one building - and you dont want to find out in the end that thats not the look to go for. The textures for example would get a whole modeling pass for the Normalmaps - that alone might take up to weeks at this size. 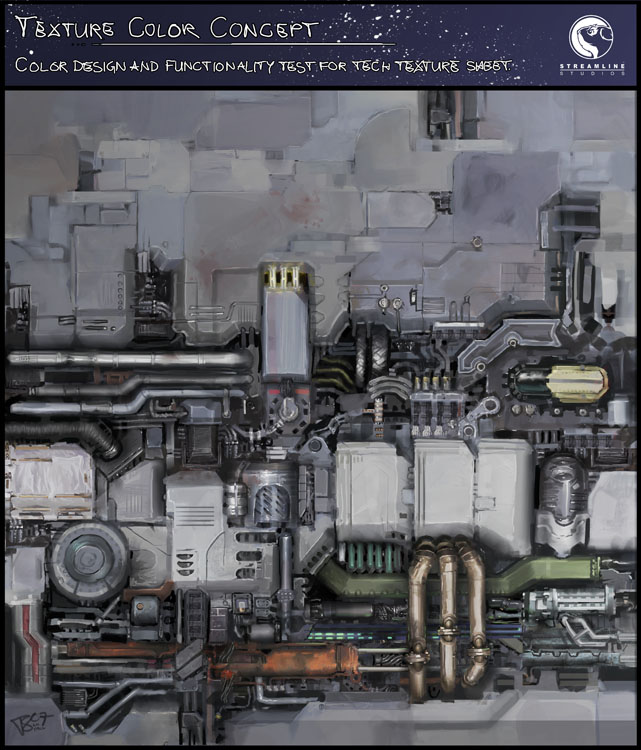