Was recently in Japan for 16 days. Now finally I came around scanning what I painted there. I wanted to draw more - but you know how it is, once you're there, there is so much to see and do... Especially I hoped I would do more color paintings. Well anyway - I just scanned all of what I did - here's a selection.
First a sketch that I colored at home. This is a little corner close to the government district in Tokyo. A little old Stair with crappy houses surrounded by skyscrapers. As we took the pictures some people came out and talked to us.... the stairs for example is still from old Edo times. But it wont be there for long anymore. 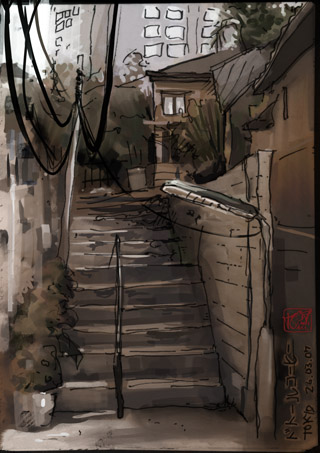 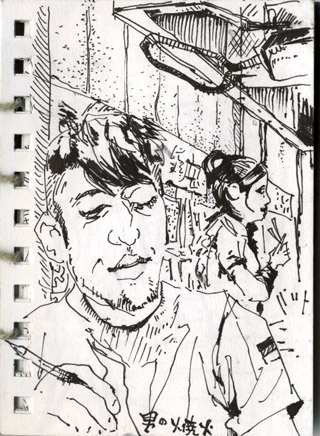 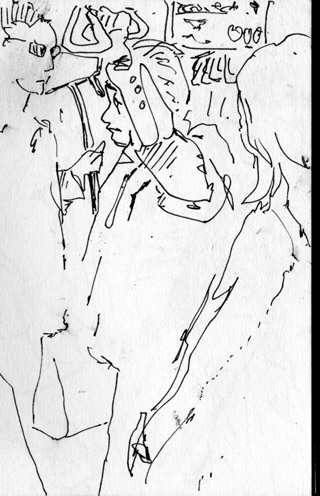 The following sketches are made at Tsukiji - Tokyo's fishmarket. I did visit it again later - more about that below. In this pic the owners tried to hook me up with a shop girl - that made me loos my concentration a bit ;). 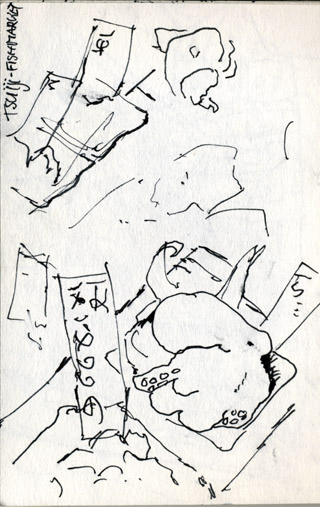 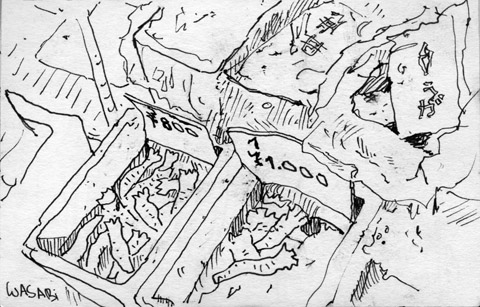 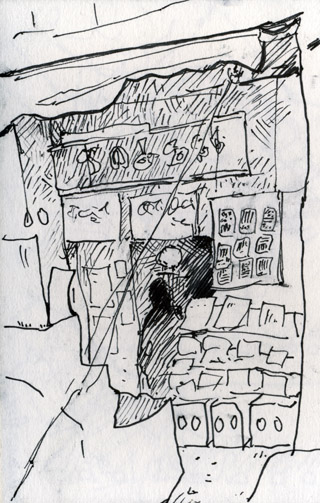 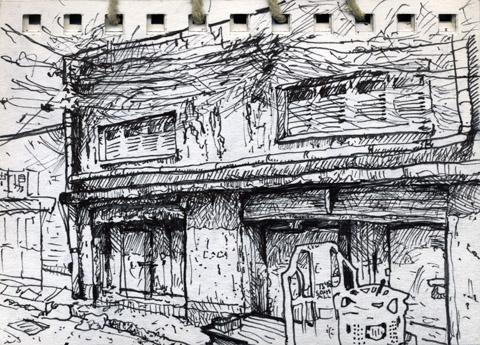 With this little racers they drove around on the market. Neat. 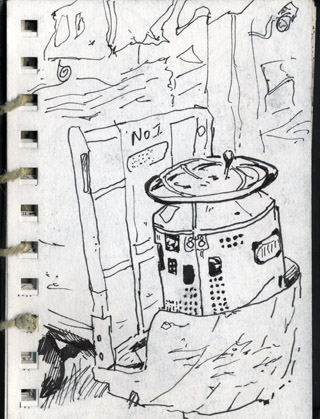 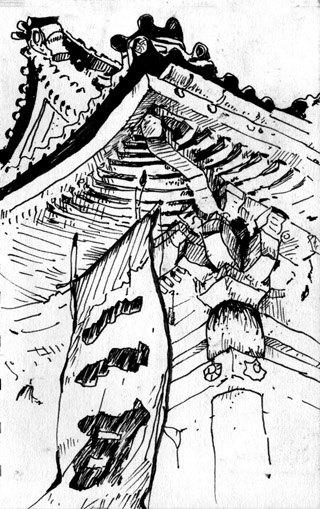 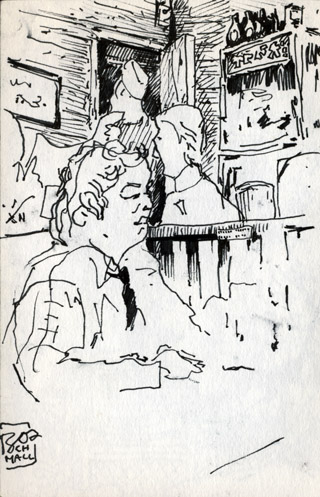 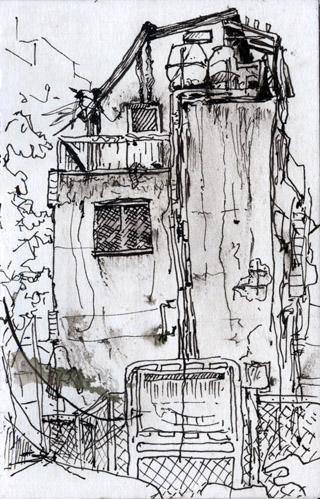 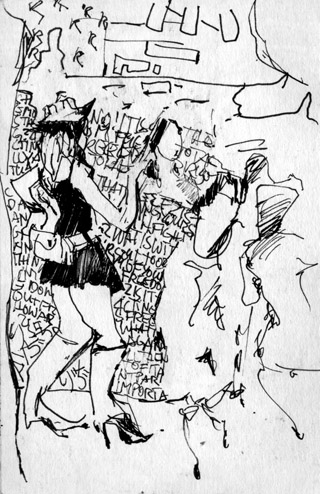 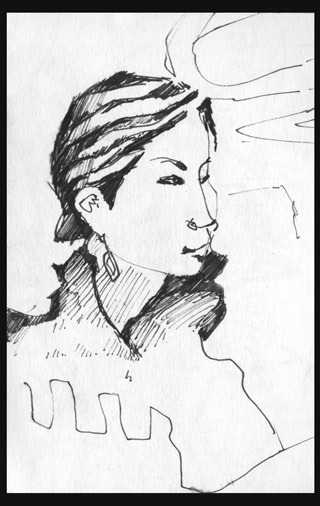 Here again the fish market - btw its the biggest in the world. As you can see on the first sketch - I was slightly drunk :) That was at 4 o'clock in the morning and I just came from a Club directly to this place. I'll never forget this - purely awesome. Gigiantic halls - loads and loads of people - everyone busy. Thausends of fishes - some alive and some bigger than me. And all that while there was gushing rain on top of the old rusty halls.
Unbelievable - everyone should see that before its gonna be closed.
That photo from the web might give an impression. 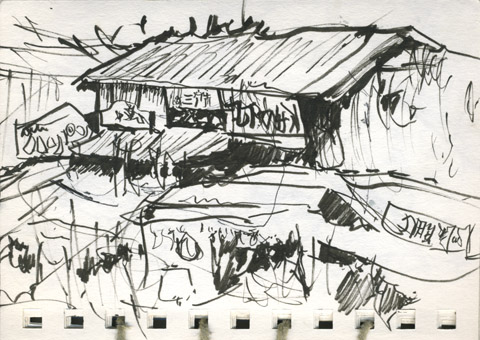 The color is fish blood btw. :) 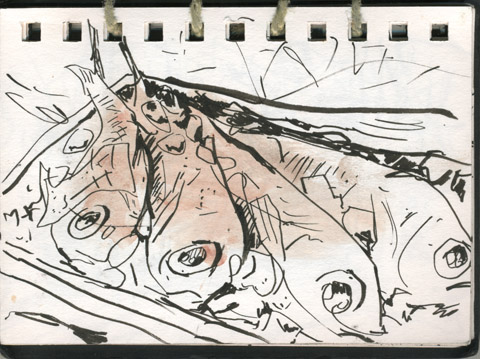 The next 3 images are cherry blossoms at night. The japanese were going crazy for that stuff - takin pictures of each blossom and having picnicks at night. Great atmosphere - and I got beers for free :) 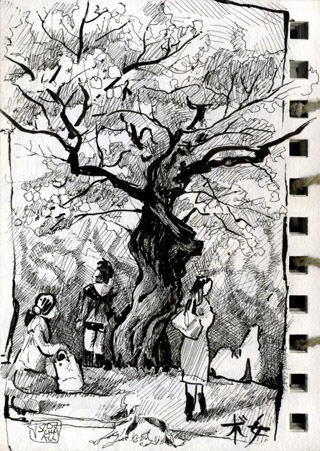 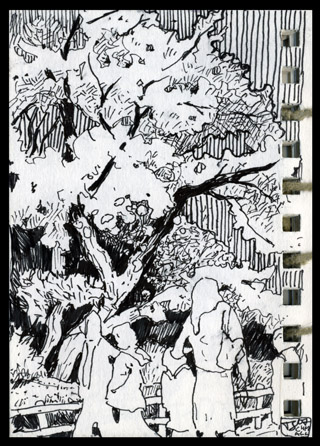 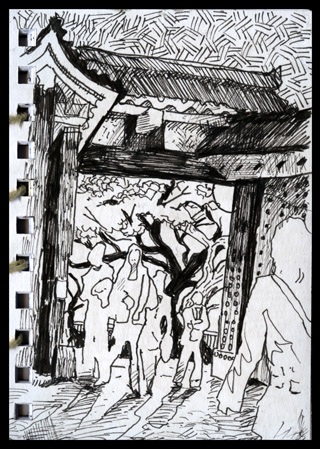 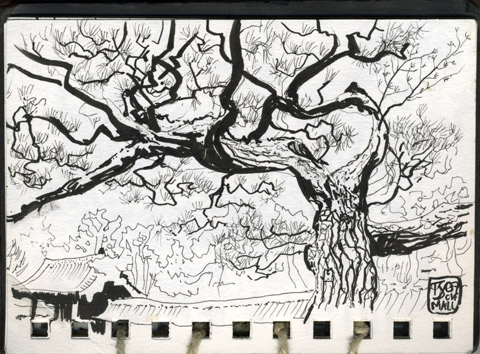 These are the only 2 water colors I came around to do. The second one is of Kusunoki - it's worth doing a google search for him: this statue is pretty cool. 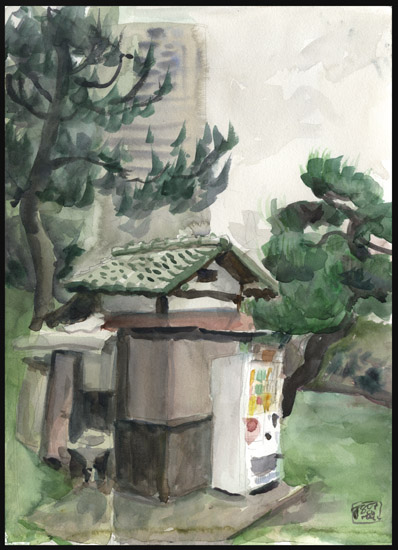 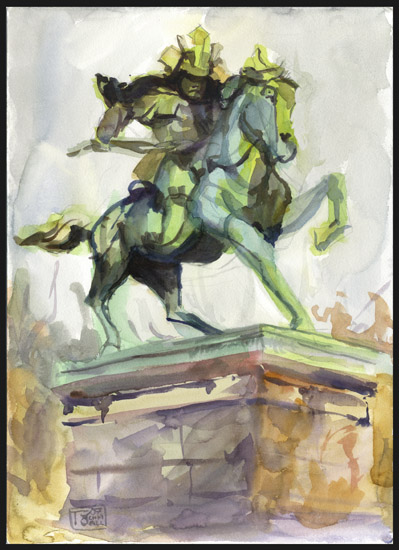 ahh, I get this fuzzy feeling when seeing theese... I miss Japan.