This is my entry to the Unearthly Challenge. I worked on the image a bit after the contest deadline - so this has a bit more details than my submission. But kinda got drawn into the world, and had to add those.

First I had a team for the 3D part, but there was not enough time to finish it. So I took the whole thing into 2D. Interesting experience in a way. It has the disadvantage that we really started with 3D in mind. So we were a bit restricted with the ideas - it had to be doable in time, and it had to be logical (no weird 2D trickery). Then again - since I designed out all the separated parts for modeling, I had working designs when starting to paint (you can see them below).
My favs of the contest are this one by Skadi and this one by Litaoart. 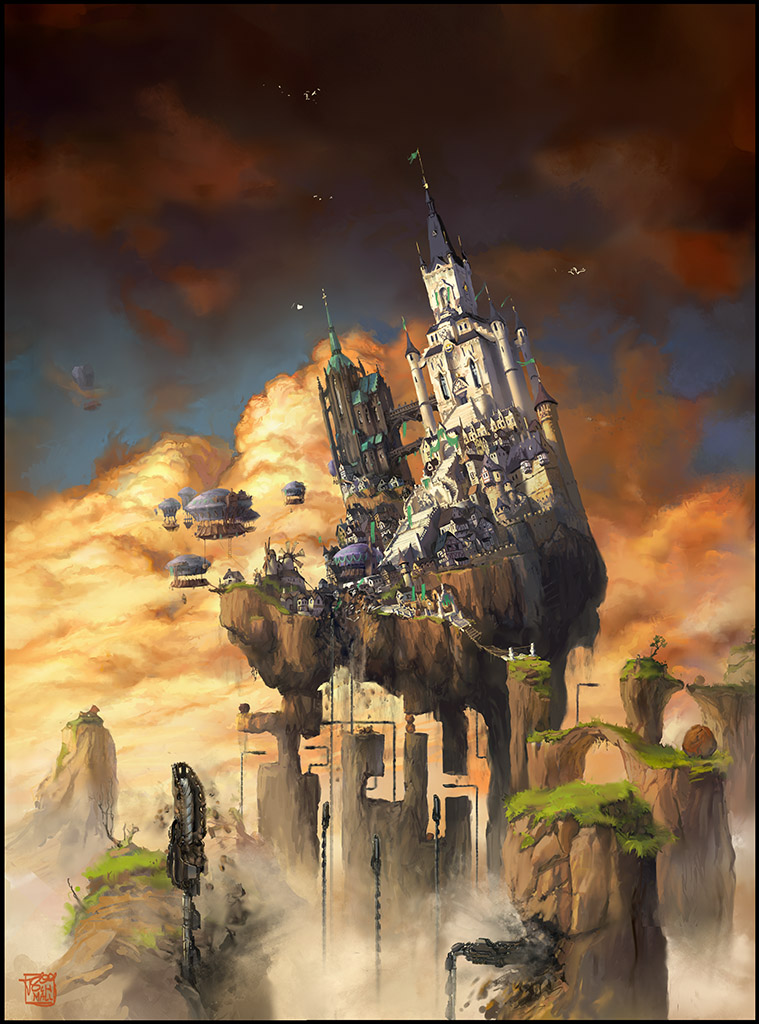 The topic was "End Game" - so it had to do something with "game". I noticed a bit late though, that many people didn't quite get the game references. Mainly this is a hint to games like Dig Dug and Boulder Dash. I guess the game is a bit old by now :) So here some screenshots as explanation. 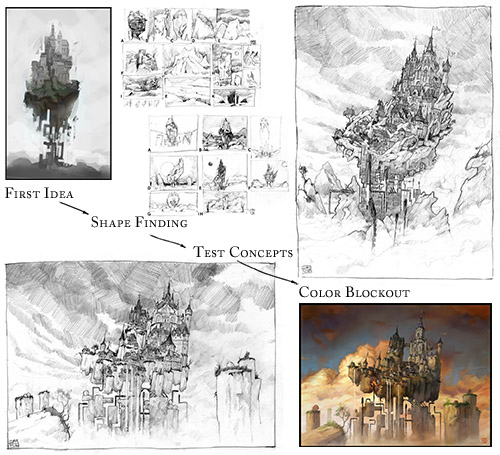 So as you can see, I did lots of pencil work - here are the two test concept, that I then later combined to a final design, after checkign back with the team. 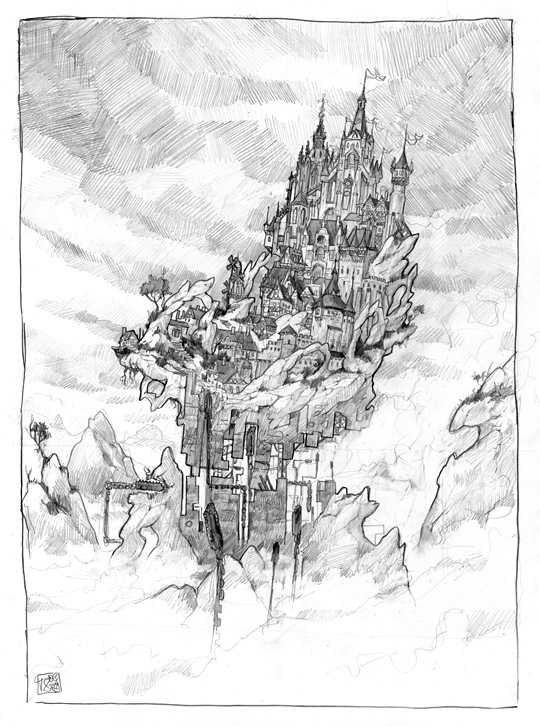 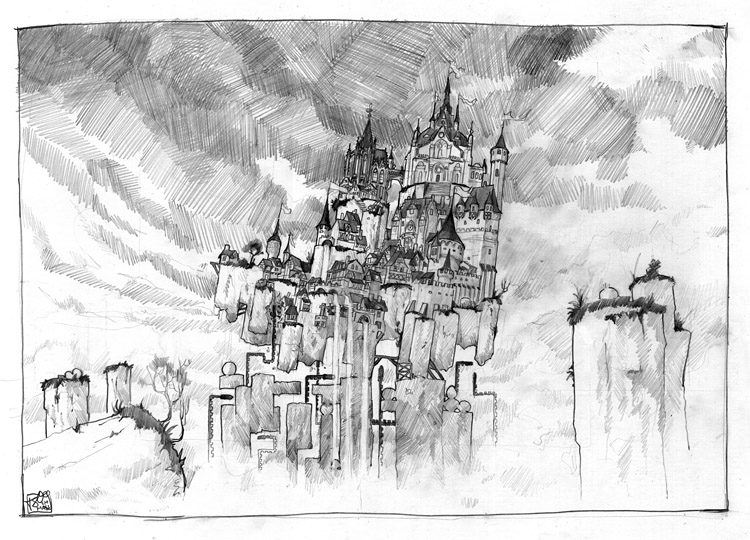