Time to continue from the last post about the Opera costumes. Here are nine more designs for “Katia Kabanova” that was (playing at the Opera Zuid).

But first some photos of the production – here you can see the mud that covered the whole stage, which I had to preview on the designs also. 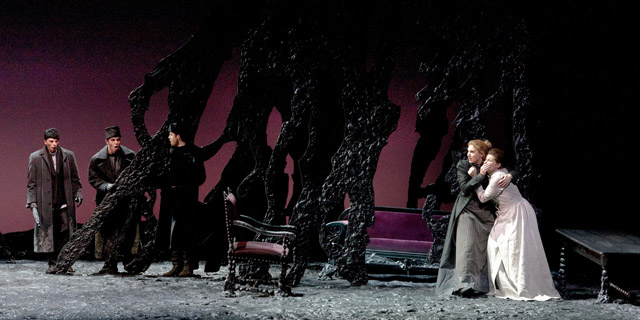 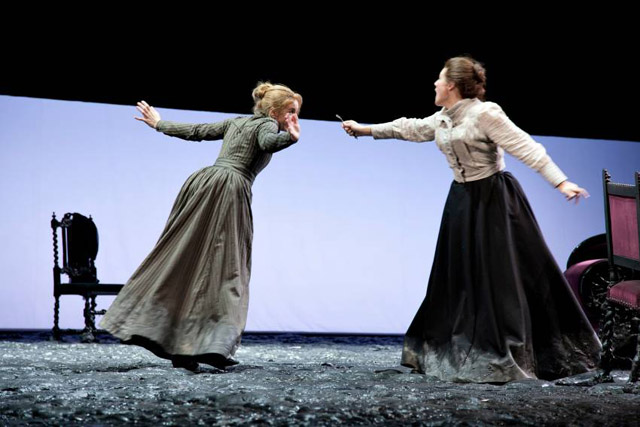 The costume of Varvara (left) is among the drawings below. 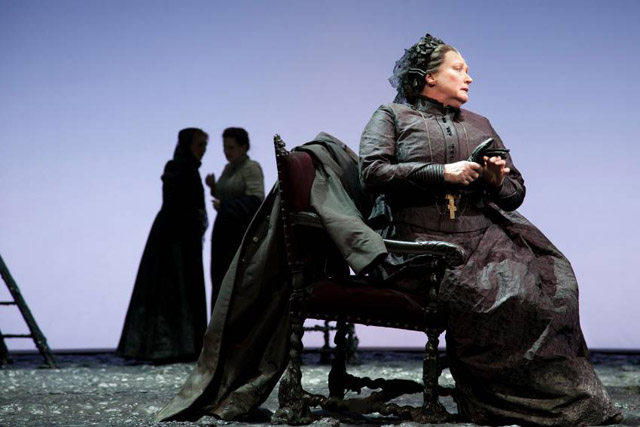 Kabanicha - the design is in the previous posting 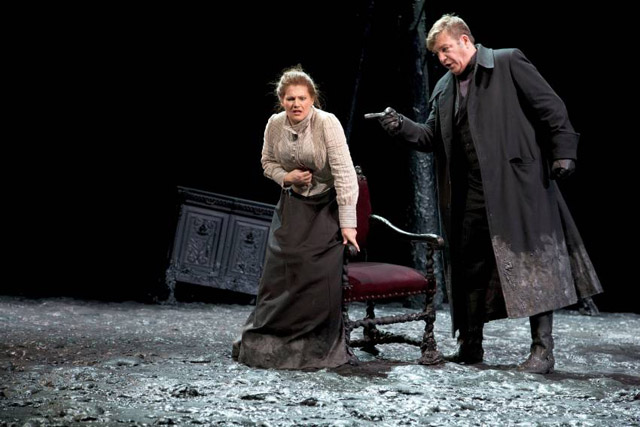 Most of the characters in this play are from the higher class (of about 1860-80). I found it surprising how little their attire changes over the centuries and regions – the nobility of Russia differs little to that of England or the United States.
On the other hand, the lower or middle classes have so many interesting styles in comparison. When looking at German outfits of these times, you can find distinctive traditional dresses pretty much for each village. Much of which has disappeared until today – while the upper class nowadays still wears similar suits and coats as even in the middle of the 19th century.

Lets start then with some of the rich guys in the play: 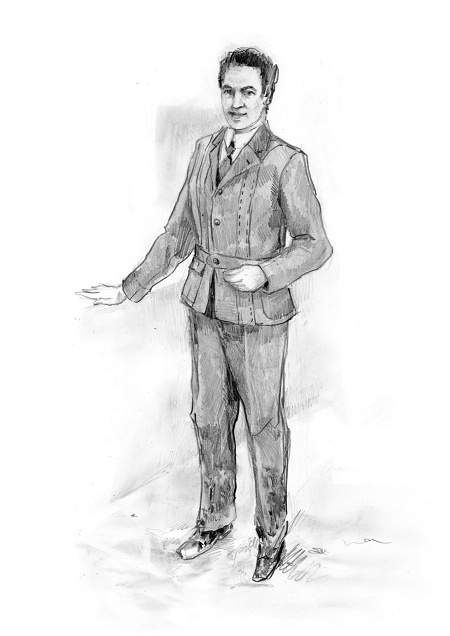 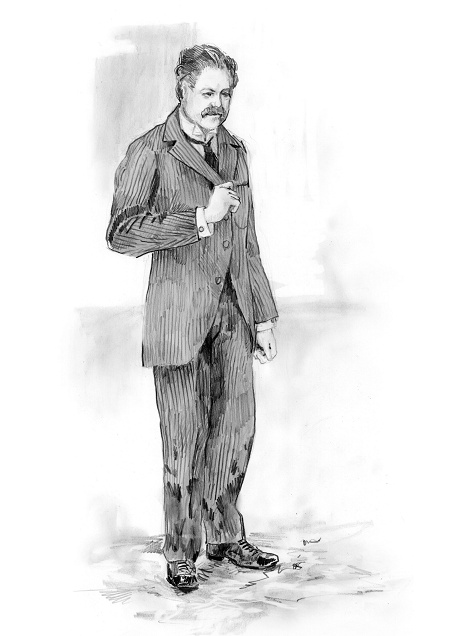 Tichon, the boring husband of Katia 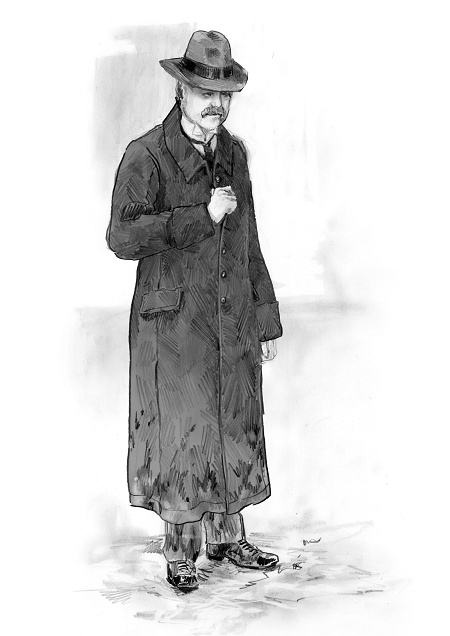 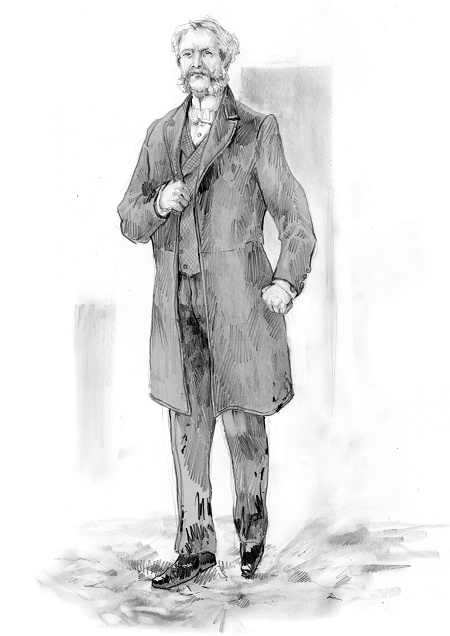 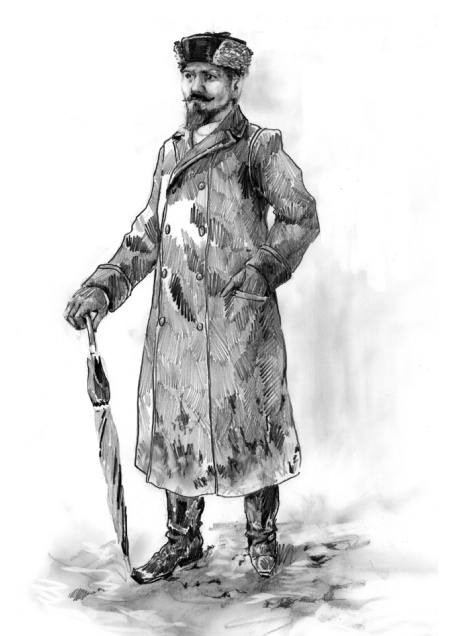 Costume for the choir - a thick coat, and typical russian hat. 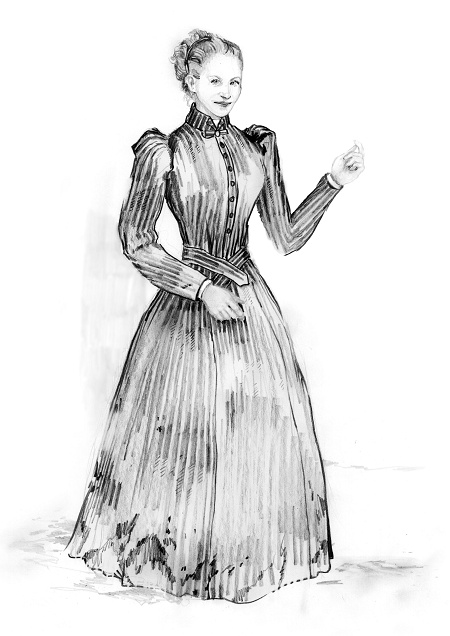 Varvara - the foster daughter in the family 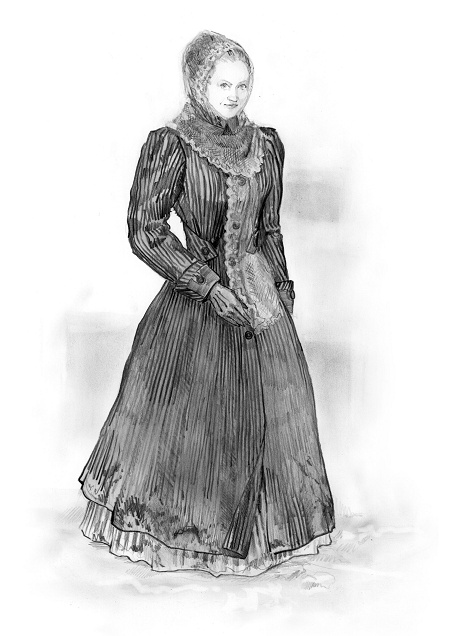 Again Varvara, this time in a coat for the curch visit 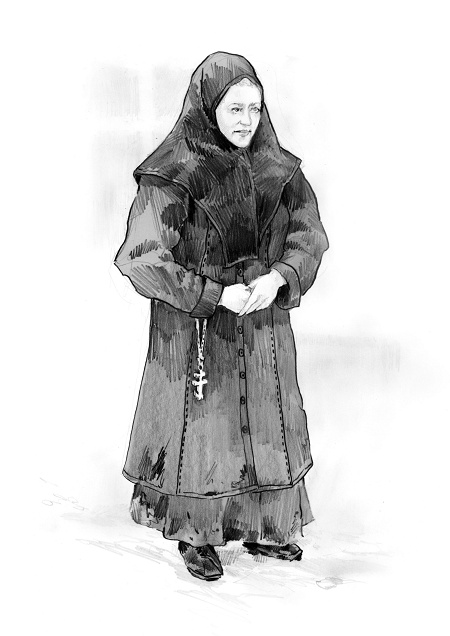 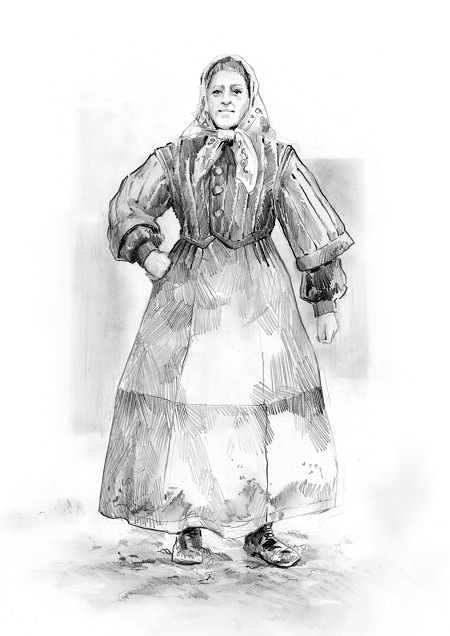