When googling around, I accidentally came across an Inktober drawing I’ve made in 2015, that I’ve never posted here. Not sure why. Time to fix that.

Sometimes it takes some time to judge your own drawing … maybe I didn’t like it that much back then. I think it’s nice to see though, since it’s an interpretation of the same jazz stage I’ve drawn this year. It’s much more influenced by the rhythm and feeling there, than the geometric patterns I’ve concentrated in the later attempt at the scene.
It works every time though: the music influences the style. This one is more loose, but there are similarities in how patterns flow and repeat. 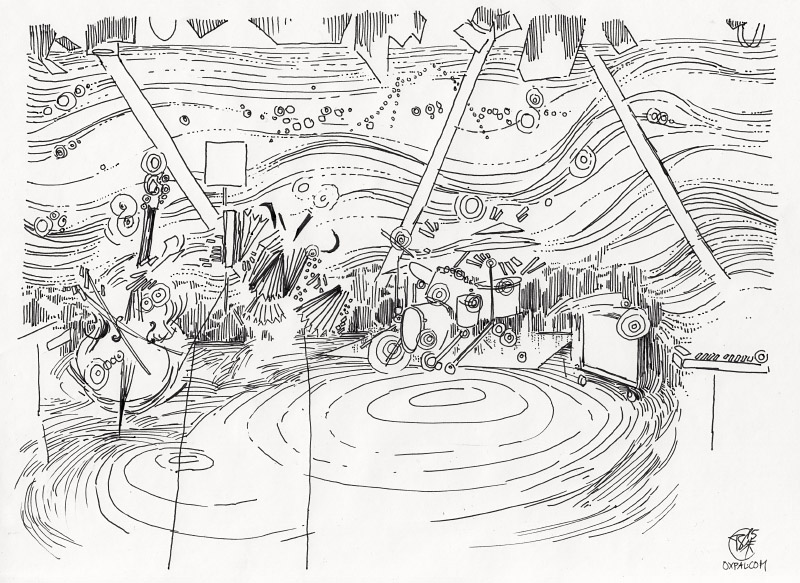