When we went for the city design for our indie-game Caromble, I had to start thinking about how to transfer this look into 3D.

It’s great that the team gave me the OK to go for a pencil experiment. I am used to work on huge game projects with hundreds of people – there is not much flexibility there, and not much trying of new things. The switch to single artist is a very nice experience.

I started with a simple container as first test object. And I did the texture in a pencil style. Hoping to get as much of the drawings in to the final version.

Container Texture with Pencil on Paper 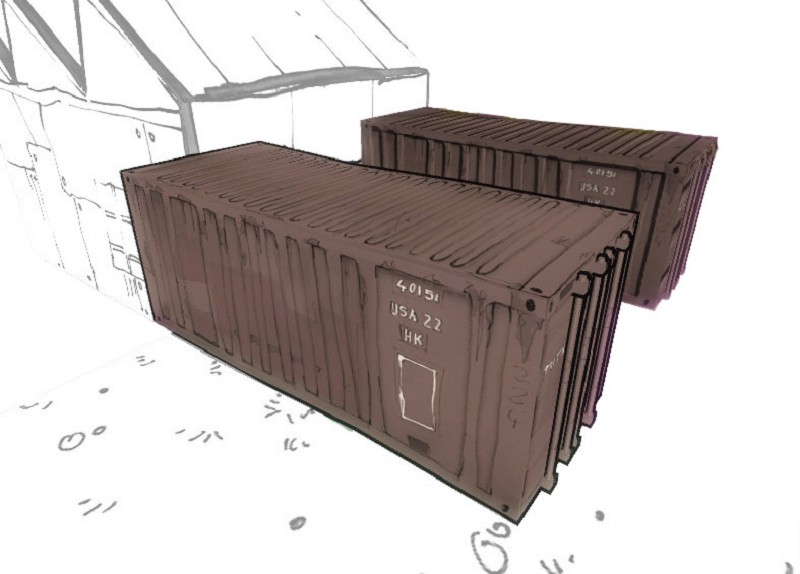 Container with the texture and Color

There are some problems with this approach. As you can see in the texture-scan, it’s all a bit noisy. And when adding a color overlay (since the final version would surely be more colorful), the lines are hard to read.

In 3D this all got even worse. In the screenshot above you can also see a version with a normal map added. While this looks nicer to me since it seems much more detailed, it makes the line-effect nearly disappear.

Maybe adding contrast on the lineart would fix this, but it tends to look “dirty” with scanned pencil art. Which also creates another issue: Whenever I would add something in Photoshop, I would have to emulate the noise effect. Keeping in mind that I will have to do all assets on my own for now (the downside of not having a big team), I had to find an easier way.

So I made several dummy-objects with just ink-lines. It is faster, and way easier to fix in Photoshop. 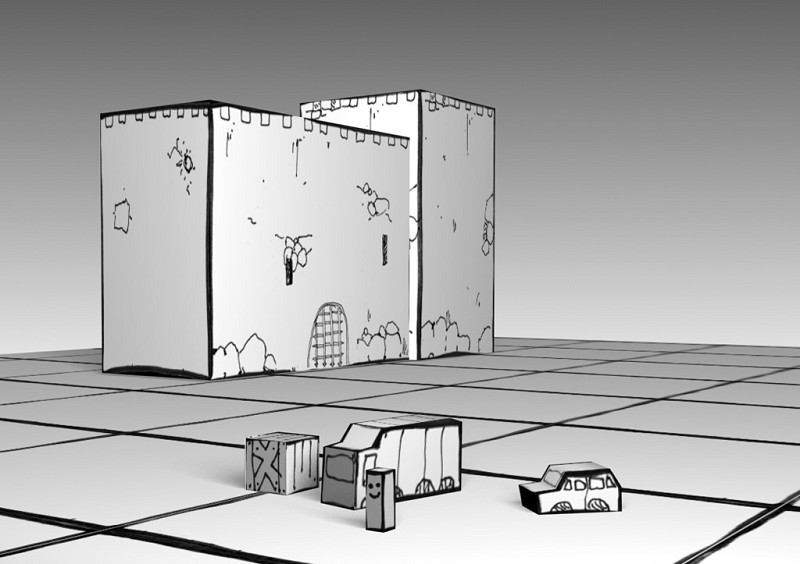 Castle with just a line-art texture.

The lines are much stronger, and won’t disappear, even if I add color later. I decided to go for this – and made one more detailed object to try the workflow. Some ambient shading definitely helps to sell the shapes.

I think with this I have a good balance of “easy to work”, while still having a somewhat analog look to it. 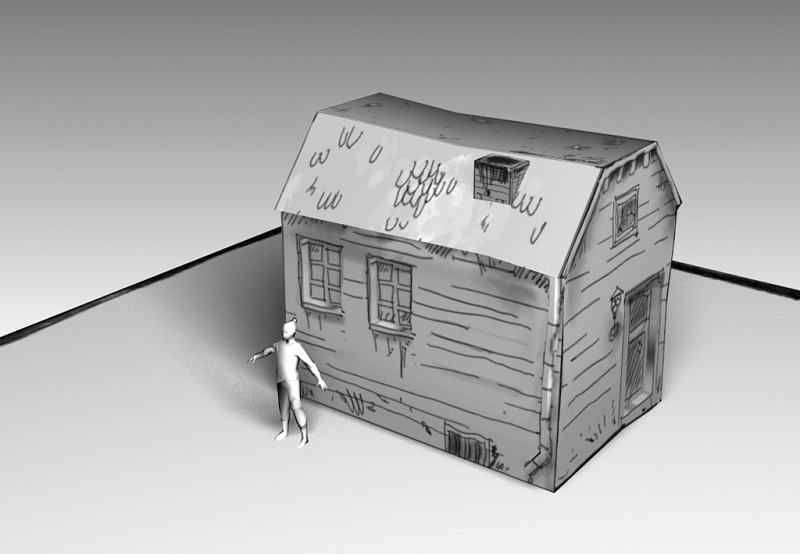 House with line art texture and some shading.