Good news: I can extend the art display at Amsterdam’s Nieuwmarkt for two more months. And I’ll have have one more window, so I’m thinking about what to show. I also took some pictures at night – looks very nice with the warm lights from below. 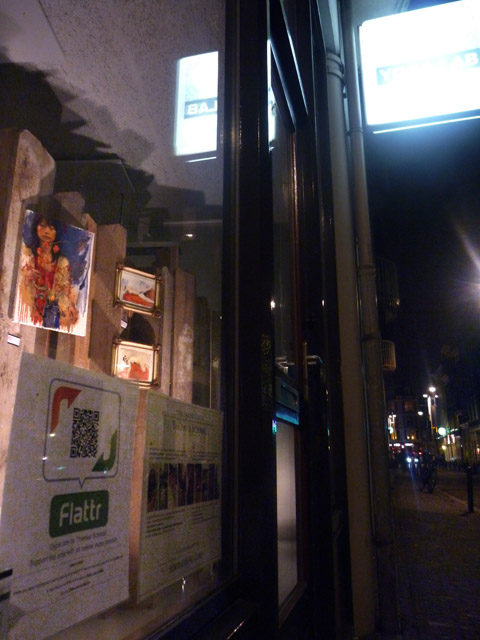 And right now I’m trying some geeky stuff by adding a flattr-QR. Flattr is originally an online tool for micro-donations. You might notice the little buttons below my posts. It’s an awesome idea: you can give quick tips to things you want to support without the hassle of buying useless merchandise or going though complicated donation setups.
Recently they added real world buttons – so I print a physical image with a code and people who like the work can take a picture of it with their mobile phone. Given that they have the right app for it a micro-donation will be transferred to me. 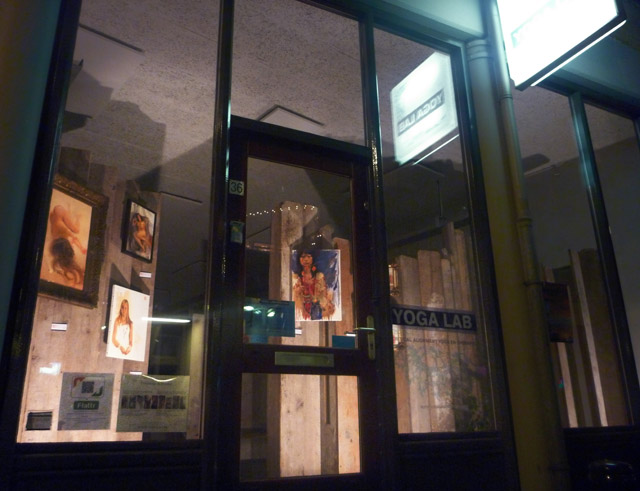 If this works it might not only give me a couple of coins, but I think it could solve a specific problem of such open art displays. Because I do not directly interact with the viewers, I have little feedback about them. Even if anyone takes the effort to remember my website and visits it, I won’t know. Only if they want to buy prints or originals then I would hear about it – but the barrier is very high.
So this could be a new and easier way to interact. Besides, its kinda fun.
The only problem is that I might be too early: Flattr is not very widely known yet – especially not in Holland. The Flattr team should work hard on ending the German domination on their website. Those Germans… I guess my fellow countrymen see the same potential in this idea as I do. 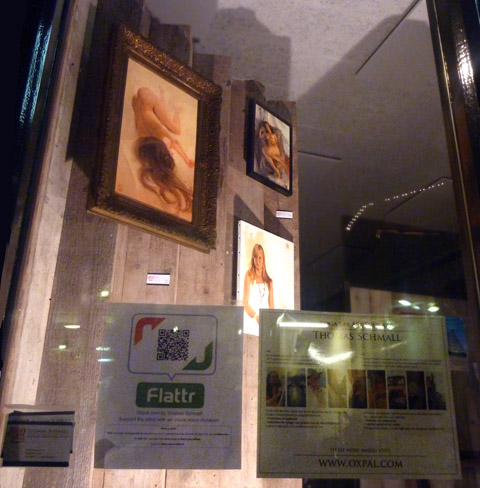 On the forefront of next generation art exhibitions... yeah that's right!

Also for the window I fixed some little damages on “Yola” – a painting from last year, and gave it a protection layer. Since I was at it, I did some enhancements on the shoulders and hair… it’s nice to notice that I learned quite a bit in the last 12 months, not just about painting, but also about how to treat and present an image, and scan it properly. 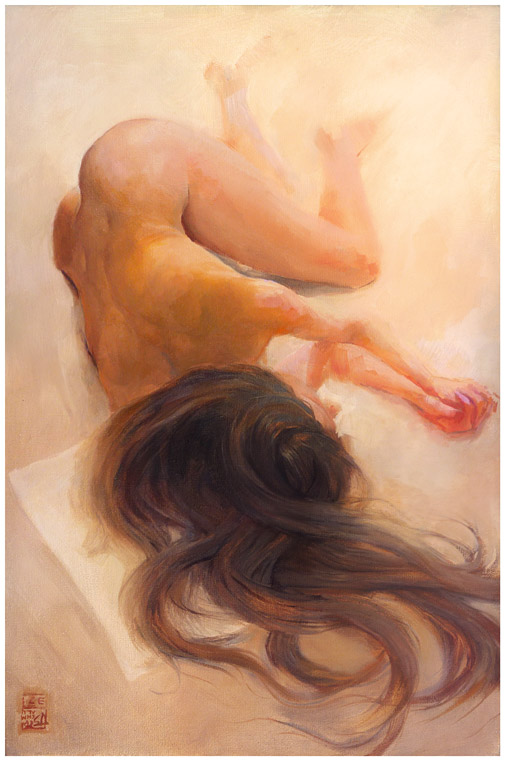