I guess we can blame it on the nice weather, but somehow now every weekend some nice artsy events are going on. In half an hour I’ll leave to Ruigoord – a squatted artists village near Amsterdam … they even got a squatted church. There is the All is One festival today (12th of June) and tomorrow. Not sure what to expect – but 100 artists will be there, so lots to see. I’ll probably do portraits in a tent called “The happy world”.

Until 3 o’clock this morning I was hanging up pictures in a squat in Amsterdam-Noord. There is the “Art for Art’s Sake” event. It started also today, but is continuing next weekend (19th and 20th of June). I will be there at least all next weekend – I think about using oil paint to paint some objects (they have loads of nice rusty machinery there). Or a model if I can find a victim :).

Nadia is thinking about using their cinema for collaboration paintings via laptop. I hope that will work out. Entry is free – so come by if you can! :D 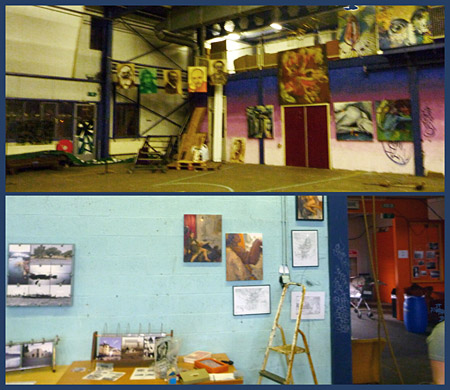 "Art for Art's Sake" - Distelweg 113: Forgot to take proper pictures - here's the room, and where I was beginning building up.

And last week was another sketchmeet – a group of young concept artists running around in Haarlem and drawing. Was a lot of fun. Here are some results of the collaborations we did. Only the sketches I’ve kept – there was loads more of course. 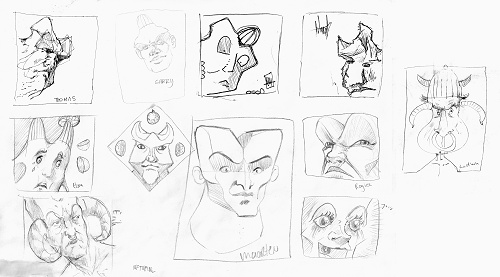 This is a collaboration where one person starts a little drawing, and then the image goes to the next guy. And everyone makes a variation or evolution of it. 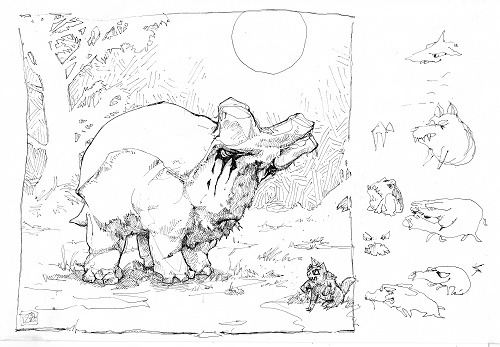 This is a drawing I did: supposed to be a huge creature attacked by a tiny cute one. I want to make this into a painting when I find the time. 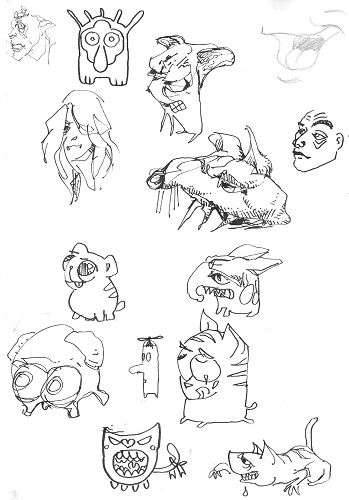 Since my "aggressive cute creature" failed. I asked around for people to make their versions. 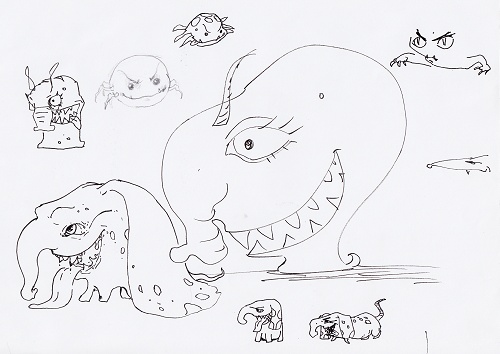 Interesting ideas, I'll combine them for a final one I think. 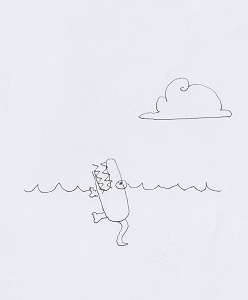 And as bonus - a little drawing I saw on the Comic-Event that was that day in Haarlem. Some child was drawing the most awesome crocodile ever. Too bad I forgot to take a photo.