As we’re indeed gearing up to launch our Indie-Game Caromble on Steam Greenlight, I had do do the cover illustration that will be used in the shop and for promotion. Here is the final artwork and the the steps I took to get there.

Since I announced the game already, you might have seen the piece – but here it is in its full glory as wallpaper version: 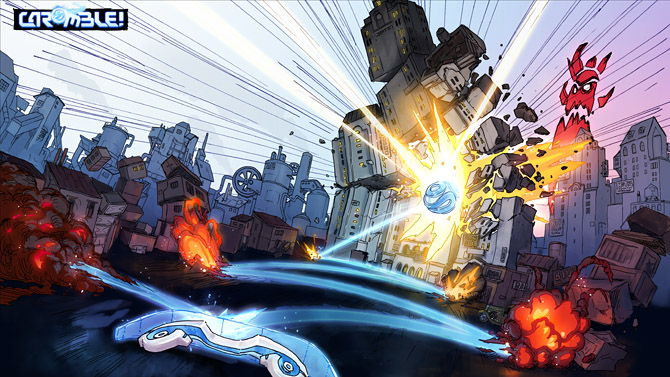 When creating this, I started with pen and paper. It’s less flexible than working digitally, because I can’t just move elements about – but it’s surprisingly faster. My guess is that it just makes you think more ahead exactly because of those limitations. And you can’t get lost in moving things back and forth. It also makes sure you always have the whole picture in view – without zooming in and getting lost in details. 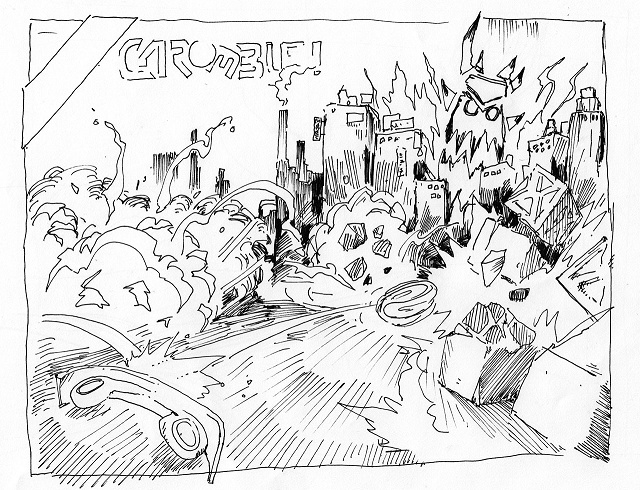 First line-art sketch: Quite a lot of elements to get in there. I have the paddle shooting the ball straight at some objects. Lots of explosions of course. And the nemesis wailing about.

In a second sketch I tried to highlight the specific game elements more: The ball bounces around, and aims finally at the enemy as central figure. The scale comes across a bit better – and I think it’s overall nicer to look at.

The crew liked the general idea of the zig-zag pattern. But the idea of tumbling objects got a bit lost in the latest sketch. So here I’ve made it central, and removed the enemy – so that the composition stays simple. 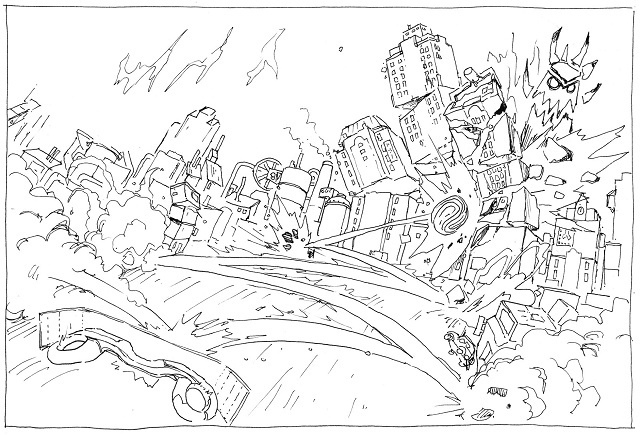 Good progress – but I wasn’t quite quite happy. And the team wanted to keep the alien, as it hints at an interesting story. So here is another version… though the composition is narrowing down.
This drawing is cleaner, so I can use it as base for working digitally on it.

Thoug first I made a blockout, so I have a better feeling for the brightness-values that the image will use. 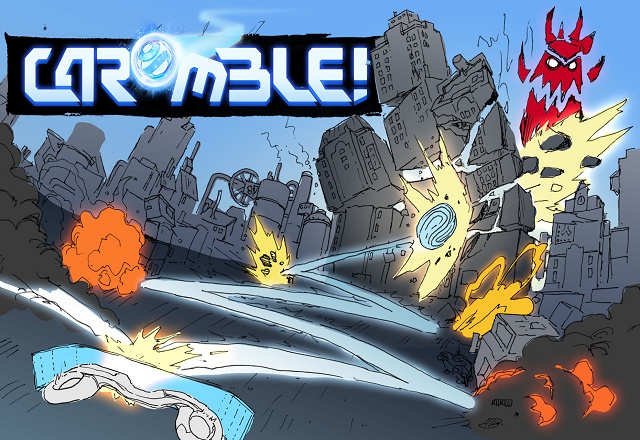 And finally I took it to the PC and added some colors.
Some things I just keep in mind for now: for example that the explosions will blend better with the background in the final version. But this gives a good preview. The detailing can begin.

And then it went to the final detailing stage. I’m used to work on digital illustrations so I knew to keep the resolution high and the elements flexible. But marketing art is especially tricky – since I had to use this one myself I really noticed into how many very different formats I had to transform this. The wallpaper above is wide. But the banner we used on the expositions is very high. 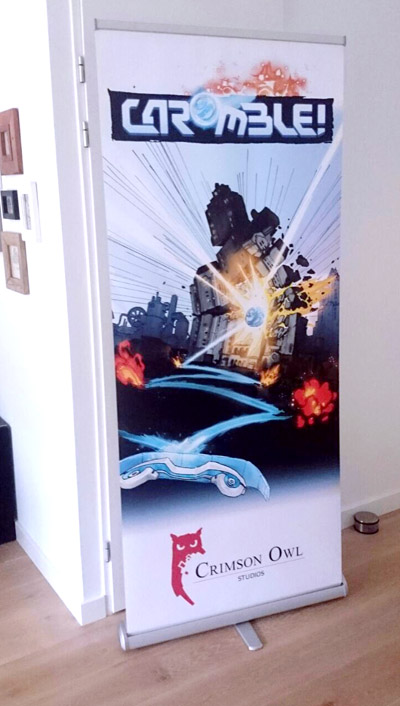 There were quite some adjustments to get it into this format – so it’s good to keep all major elements in layers, and work in the highest feasible resolution. 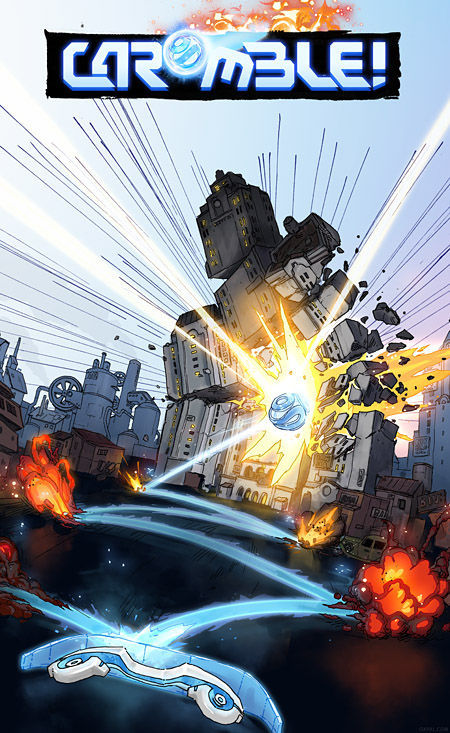 And here is the final version – this time the size for the banner. Some elements moved and the path is longer than in the wallpaper. I personally like this composition the most.