These are some images I generated when making procedural textures for 3D projects. You would normally not see them on their own in the final product, but I think they look nice like that.

I’ve linked desktop-wallpaper versions at the end of the article. 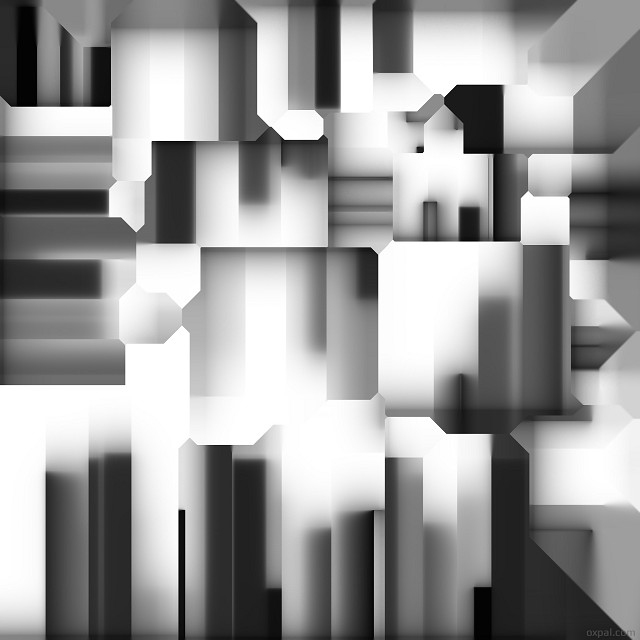 In a recent post I explained a bit the procedural texture creation. Some in-between steps use the 3D object and calculate where the shadow and light is. That’s what you see here, with an additional effect that fills out the empty areas.

Here is the object I used to create these: 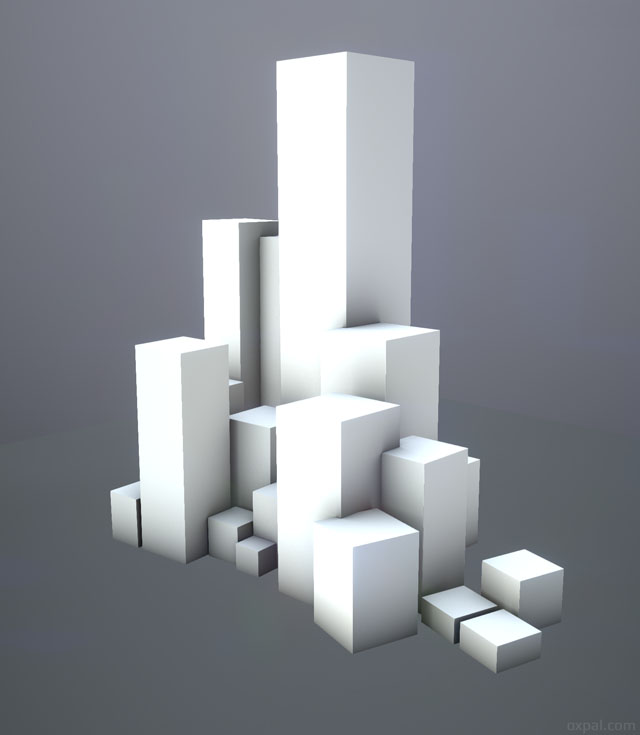 It’s a collection of boxes, that I let the program calculate the shadows and highlights on.

It could be interesting to think about why these are nice to look at:
– They have convincing randomness: Because they’re not being planned.
– They contain actual information: Transformed, but based on real objects. So it carries some associations, while not being quite clear.

– They came about through a process: Like patterns in landscapes that are formed through geological processes. Or animal patterns that come from genes and the environment. Not sure why, but this somehow these makes them attractive.

Generating art with computers (meaning not just creating them on there, but telling the computer how to do it on itself) is becoming a bigger part of the industry. It’s an interesting development, and will force artists to rethink how they work. It’s a lot of fun also, so I’m hoping to show more of it in the coming months. 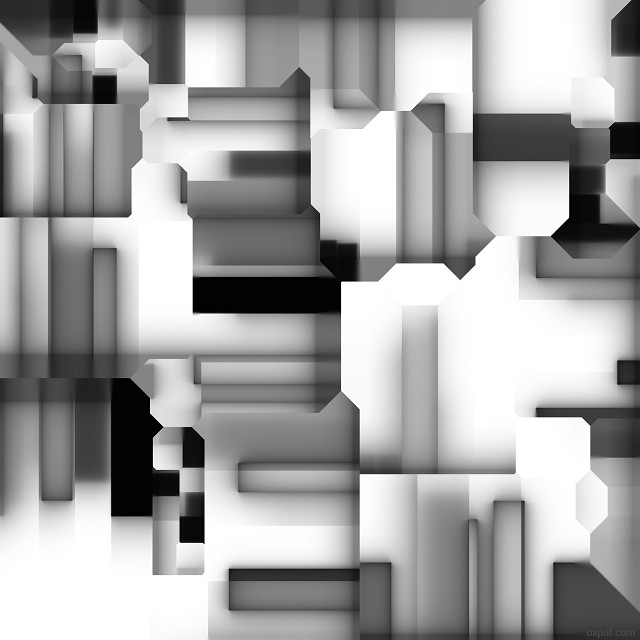 Here are the wallpaper versions of the first abstract piece.