Roughly 15 more pages of my sketchbook from 2008. Funny thing: I always thought its the one before my current one. But just when writing this – I noticed it can’t be. I fill at least 2 per year. Well, turns out I have another full sketchbook lying around. Scanning all this will take me aaaaages. Argh. Well gotta do what I gotta do :D… Anyways – enjoy, the ending of 2008 in pictures! 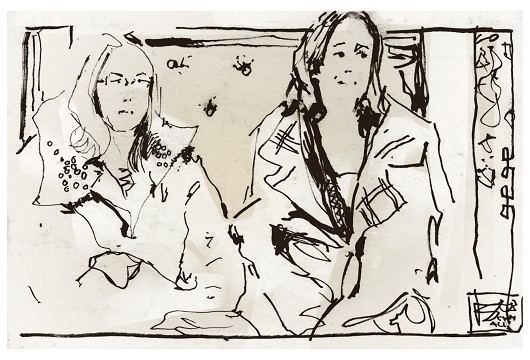 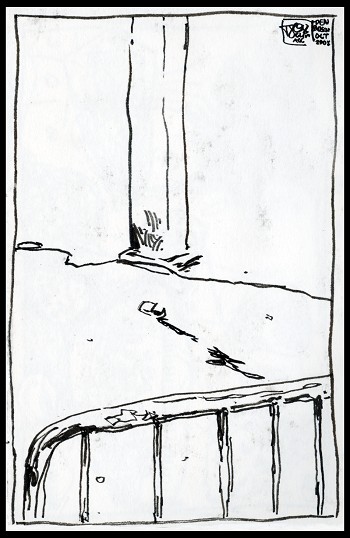 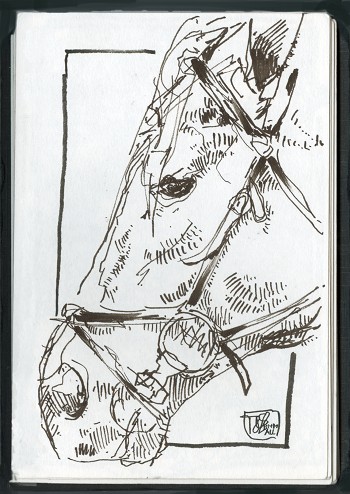 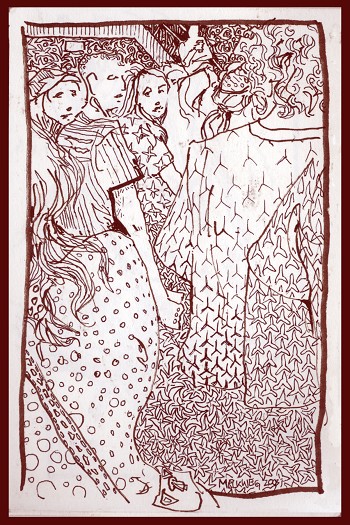 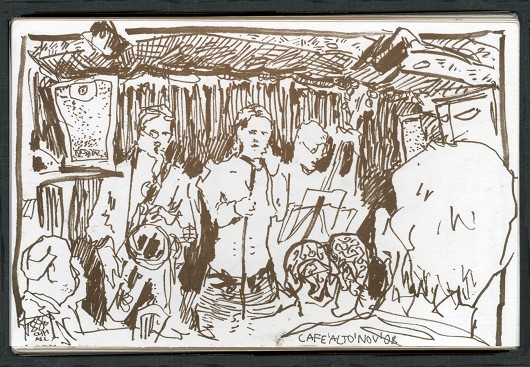 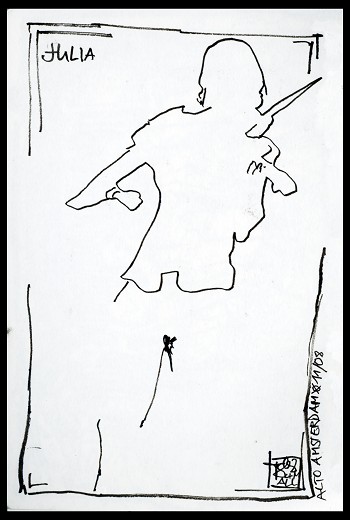 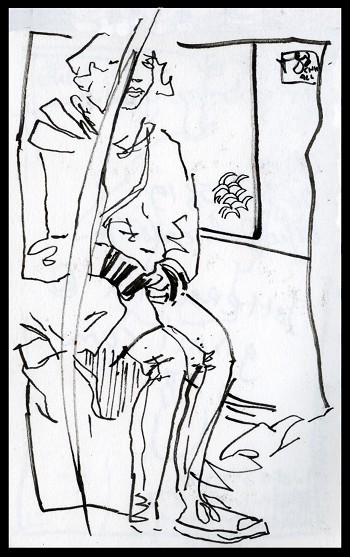 The next 4 images are from an event called “Tokyo Decadance”. 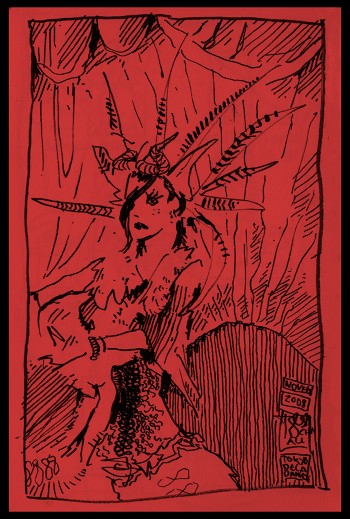 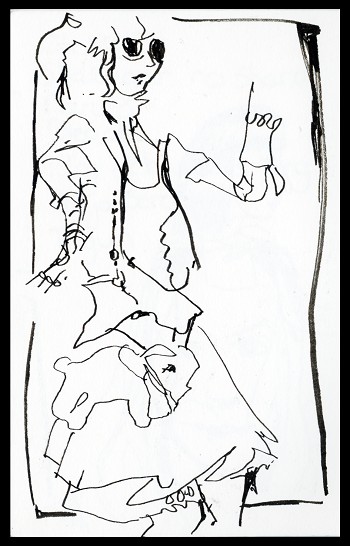 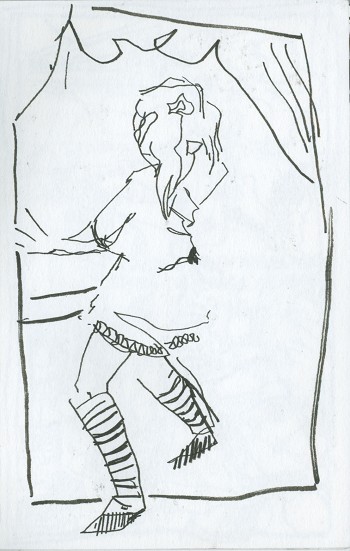 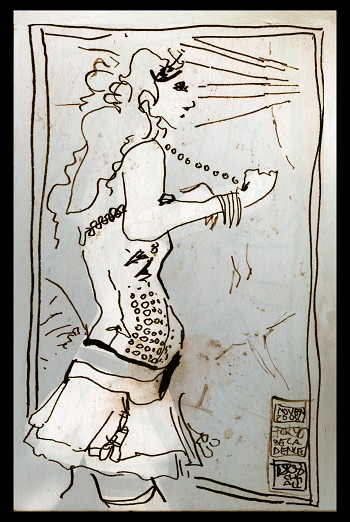 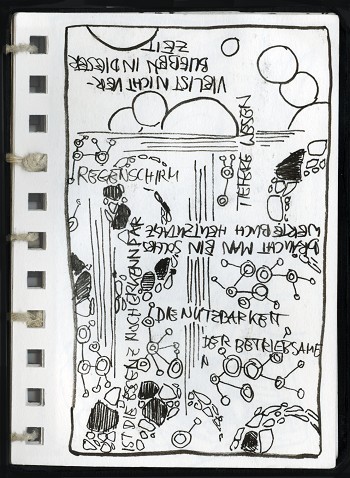 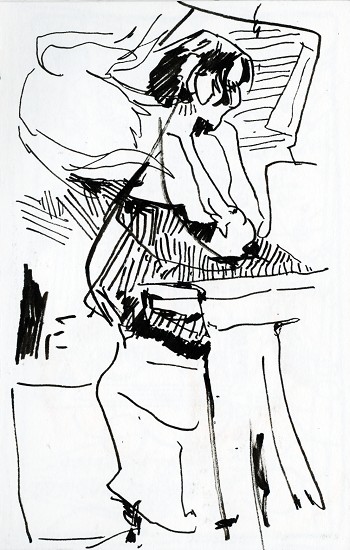 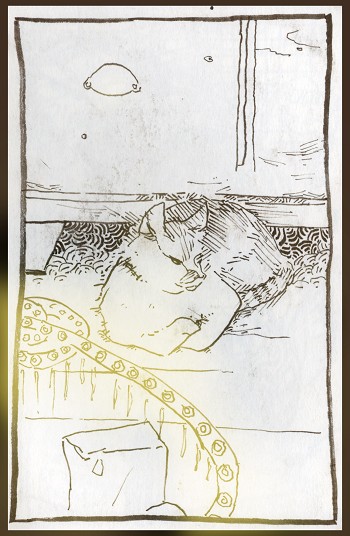 One of the magical pages – have them sometimes. I wrote “one pizza please”… when sitting in a bar (I was finishing the pic of a pizza bakery). And 2 minutes later the band “New Model Army” came in with a pizza and put it on my table. The next pictures are some of the band and their friends… although one guy didn’t like the nose I gave him :D. 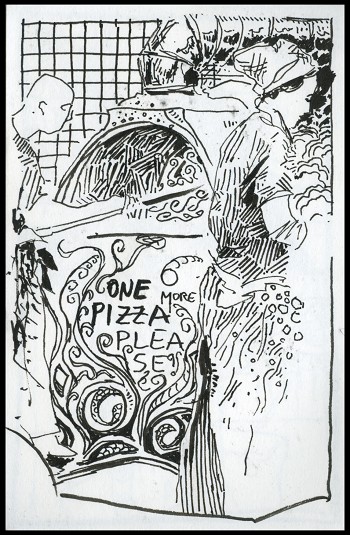 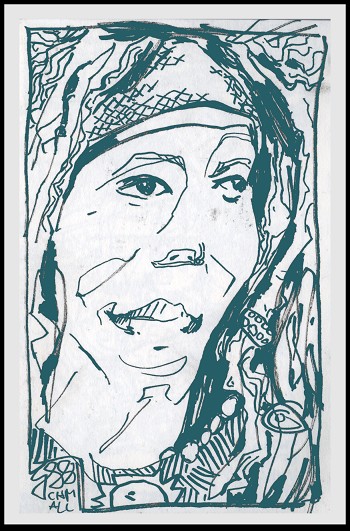 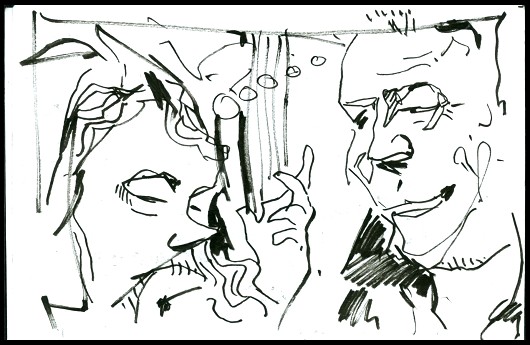 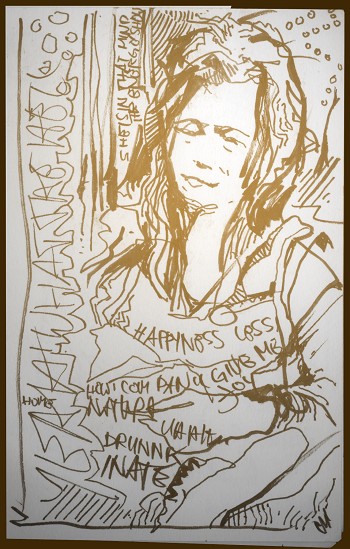 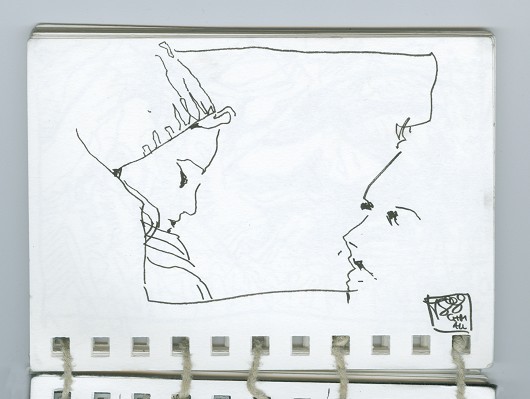