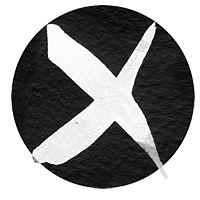 Just the other day I received the mail that it is now “nearly” definite that the WWIK art-support I received here in the Netherlands is ending next year. This happens in the context of wide ranging cuts in the cultural sector.

For one and a half year the government has supported me when I tried to set myself up as an independent artist. The support possibly could have lasted four years. How many countries even had anything like that? What a special culture that values art like that. I am very thankful and feel very lucky for receiving that chance here.

That makes me naturally biased when I make the case that it is a big mistake by the Dutch government to stop the WWIK. It gave starting artists the important chance to develop themselves – of not being pushed too early into production or into working side jobs. This support had the condition to stay in the area you were applying, so it bound the artists to the location. A very positive effect for cultural hot-spots like Amsterdam, that are in competition with Berlin and London. Tourists are not only visiting here to see dead artists in museums.

Dutch politicians talked about the rationale behind this: that art has to instantly make money to be worth something. It is baffling – do they not know artists like Van Gogh, Vermeer and Rembrandt? All of them had to live on the edge over large parts of their life – bankrupt, starving, struggling. Rembrandt’s best works are from the time when he fell out of favor – when nobody saw his art as valuable. Today Amsterdam lives from them.
I wonder how much amazing artists we lost, because they had no rich wife or brother to help them out.

On a bigger picture it is even more absurd: Really, everything has to make money to be worth something? Should mothers just not waste any time on their children because child care doesn’t pay in cash? In reality I find monetary value rather inversely related to true value.

But even if one would buy this cold logic – fact is that this WWIK system actually saved 10 to 15 million Euro. So neither living artists played a role in the decision – nor what history says, or even what the balance sheets say. I suspect another reason behind this: an attack on the idea that people should help each other – that society should support other people’s dreams. Everyone fend for themselves! And the people who make those rules will come out at the top.

The cuts don’t affect me personally anymore – two months ago I was able to cancel the support early, as I am earning enough from my art. If the predictions for the full year are correct, I may even have to pay back part of the money I received. So to me that looks like it worked effectively.

Also the WWIK made sure that one would really use the support to create art – I think it was a great system. And I gained a lot from it. That only leaves me to say thank you again to the Dutch tax payers. I could not have done it alone.