A new project I’m working on next to Caromble: It is a 3D infographic to visualize a Cryptocurrency ecosystem. It’s a bit of new ground, even for that field. So I’ll just dump my current concepts and planning stages here, hoping that some will get a rough idea what it’s about… or just like the look.

At the end it should provide an understandable overview of the so-called SuperNet to the crypto-interested. SuperNet is a system that combines several services and currencies into one practical multitool.
I’ll do this in the Unity engine, which soon will allow publishing 3D graphics on websites without needing plugins. If there is any programmer up for helping, please let me know – I do have a certain budget for this. Another 3D artist might also be very useful. 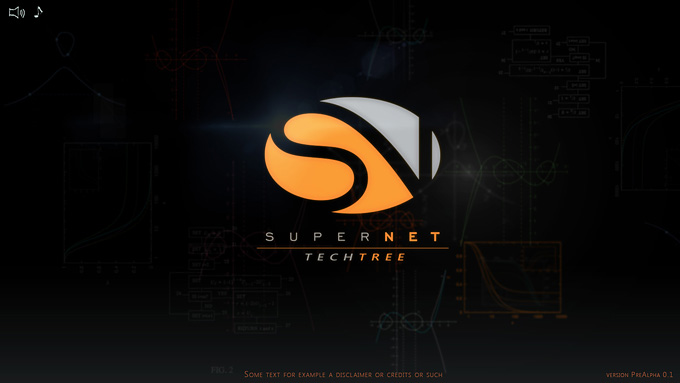 The 3D is in part because it’ll be more interesting, but the depth and movement will help a lot to visualize the high complexity of the relations. I want to also allow filters, and selections (that you can see on the side) to make it easier. I want to show how dividends move from one service to another. Here is a design test of how it could look. 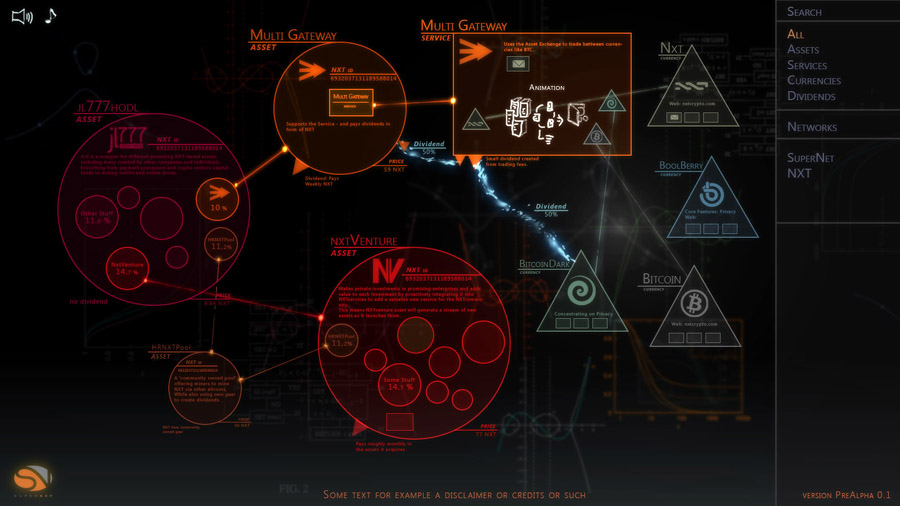 A 2D mockup for the look.

The following shows the precise content for Milestone one, showing a system of exchanging cryptocurrencies via MultiGateWay, using NXT. Later this will be expanded nearly 10 fold. 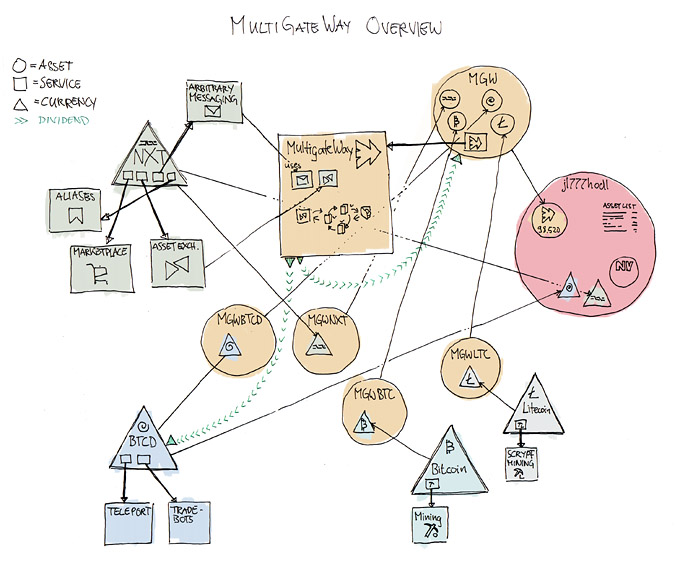 Multigateway Schematic: The currencies (triangles) are providing some features (squares) – for example messaging or the asset exchange. They are then converted into NXT-Assets, that the Multigateway service (at the center) then uses. It supplies dividends from fees back to the currencies.

You can zoom in on items, and then their content will be shown in more detail – with descriptions and links to what services they use. 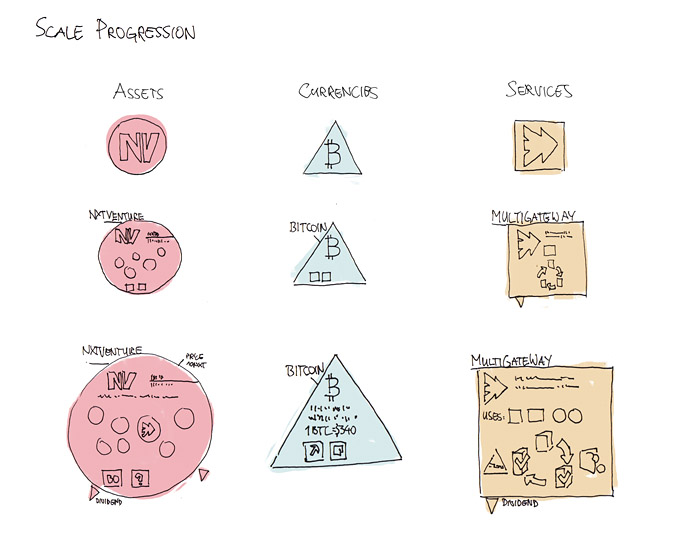 The way the items scale when zooming in.

Some of the services will be explained with an animation. Here is the Multigateway – showing Bitcoin transferred to an address, then being approved by three servers and converted into an NXT asset. That will be my next task.

Animation plan for the MultiGateWay functionality.